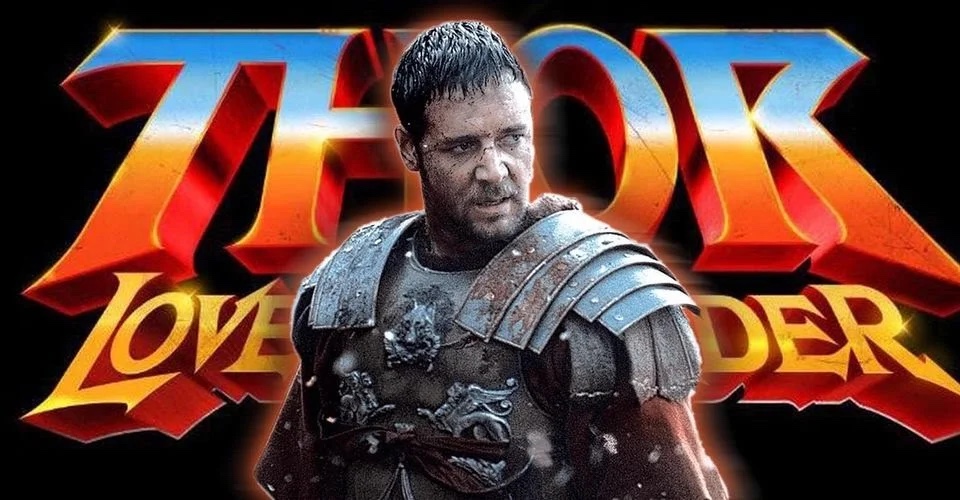 According to Deadline, Russell Crowe joined the cast of Thor: Love and Thunder in a top-secret role. Crowe’s involvement was revealed after the actor was spotted with the cast and crew at an Australian rugby game. Marvel hoped to keep the role a secret reportedly to surprise viewers with a “fun cameo” but now fans will be left to wonder who the Gladiator and Man of Steel actor plays in Thor: Love and Thunder.

We have also heard rumblings in the rumor mill that Jeff Goldblum will reprise his role of Grandmaster, who was also spotted at the Rugby game with Chris Hemsworth and director, Taika Waititi.

Previous leaks from Thor: Love and Thunder spoil the return of Mjolnir. Stunt performer Bobby Holland Hanton shared now-deleted set videos to TikTok that featured him training with Mjolnir while strapped to a harness. Of course, Mjolnir was one of the many casualties of Thor: Ragnarok after Hela easily destroyed the magical hammer with one hand. Mjolnir surprisingly made a return in Avengers: Endgame when Thor and Rocket time-traveled back to Asgard to retrieve it during the events of Thor: The Dark World. During Endgame‘s climax, Captain America proved he was worthy to lift Mjolnir to face the Mad Titan Thanos and save Thor.

This film is shaping up to give us the same exhilarating, and fun film that Ragnarok delivered to us, shattering not only the box office, but our expectations as well, I know some people out there, didn’t care too much for the approach of Ragnarok, but given all the other entries in the MCU up to the release of Ragnarok, it really gave us a fun, light hearted, and kickass film that was a good palette cleanser for what came to expect to see in the MCU. Stay tuned for more info as it becomes available.

ENTER A NEW SPACE AGE IN THE GUARDIANS OF THE GALAXY #13 TRAILER!