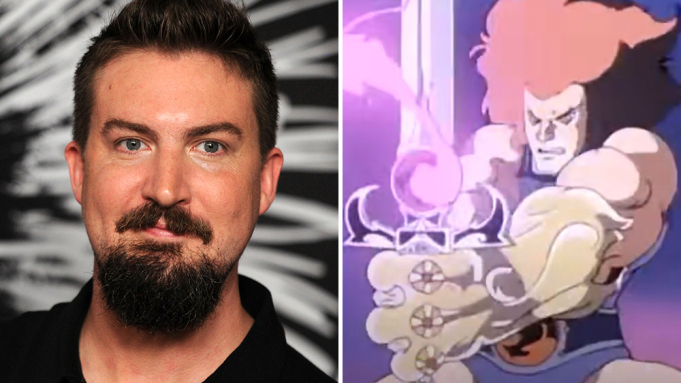 THUNDER, THUNDER, THUNDERCATS!!! You heard right ladies and gentlemen, Adam Wingard, whose new film Godzilla vs Kong opens this Wednesday in theatres and HBO Max simultaneously is set to direct a ThunderCats movie for Warner Bros.

As reported by Deadline, Wingard will be directing a feature film based on the animated TV series that ran in the ’80s by Rankin Bass and led to other adaptations of the series such as comic books and other merchandise. The project had been previously developed by Rideback’s Dan Lin and Vertigo’s Roy Lee, with an early script by David Coggeshall.

Wingard is set to rewrite the script with Simon Barrett and is set to bring the ThunderCats to life in a hybrid CGI-animated film. For those of you who don’t know who the Thundercats are,

“It focuses on a group of cat-like humanoid aliens who live on the dying planet Thundera. The ThunderCats are forced to flee their homeland”

The film is going to use the animated series as a “jumping-off point”, but Wingard is expecting to take the ThunderCats in his own direction, one he has been thinking about for many years.