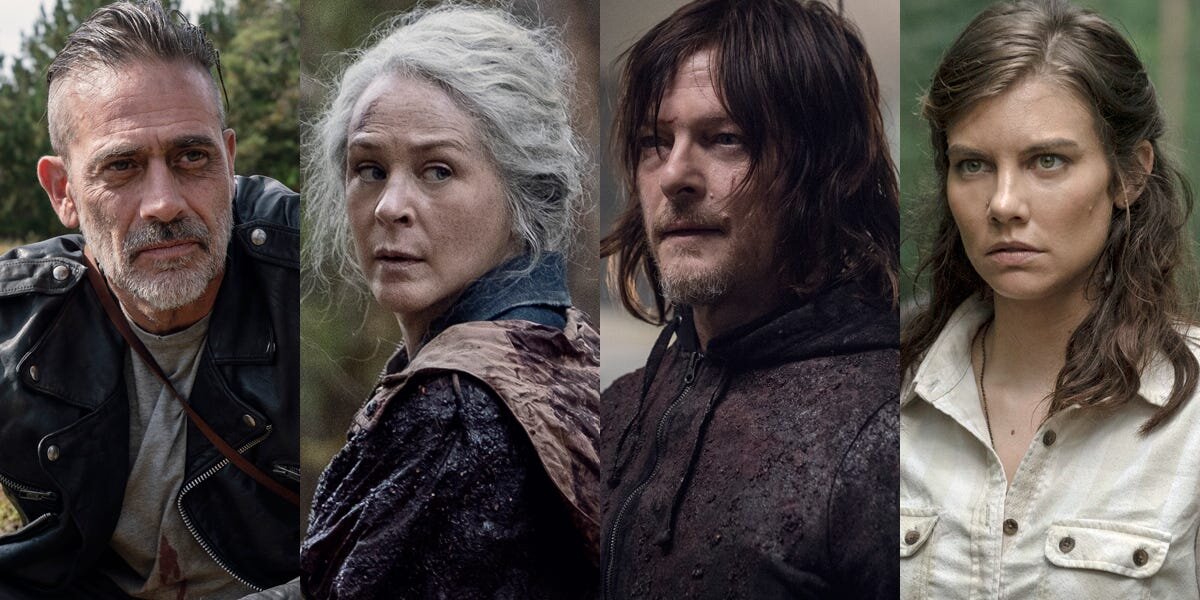 AMC has announced that the four-part series The Walking Dead Origins will debut before the final season of The Walking Dead. The series will cover the origin stories of four fan-favorite characters. The four-episode special “charts the story of the zombie apocalypse from the point of view of a single character and features new interviews and narrations from the actors that portray these iconic characters, interwoven with clips from the most pivotal moments of their journeys so far,” according to an official synopsis for the specials spotlighting Daryl Dixon (Norman Reedus), Carol Peletier (Melissa McBride), Maggie Rhee (Lauren Cohan), and Negan (Jeffrey Dean Morgan).

Each episode will release alongside an exclusive sneak peek from the 24-episode Season 11 and a special “Best Of” collection featuring fan-favorite episodes for each character. The Walking Dead: Origins is the first reveal from AMC’s “11 Weeks of Reveals until Season 11,” a countdown that will bring photos, trailers, and other reveals on Thursdays before the final season premiere of The Walking Dead premieres on August 22nd.