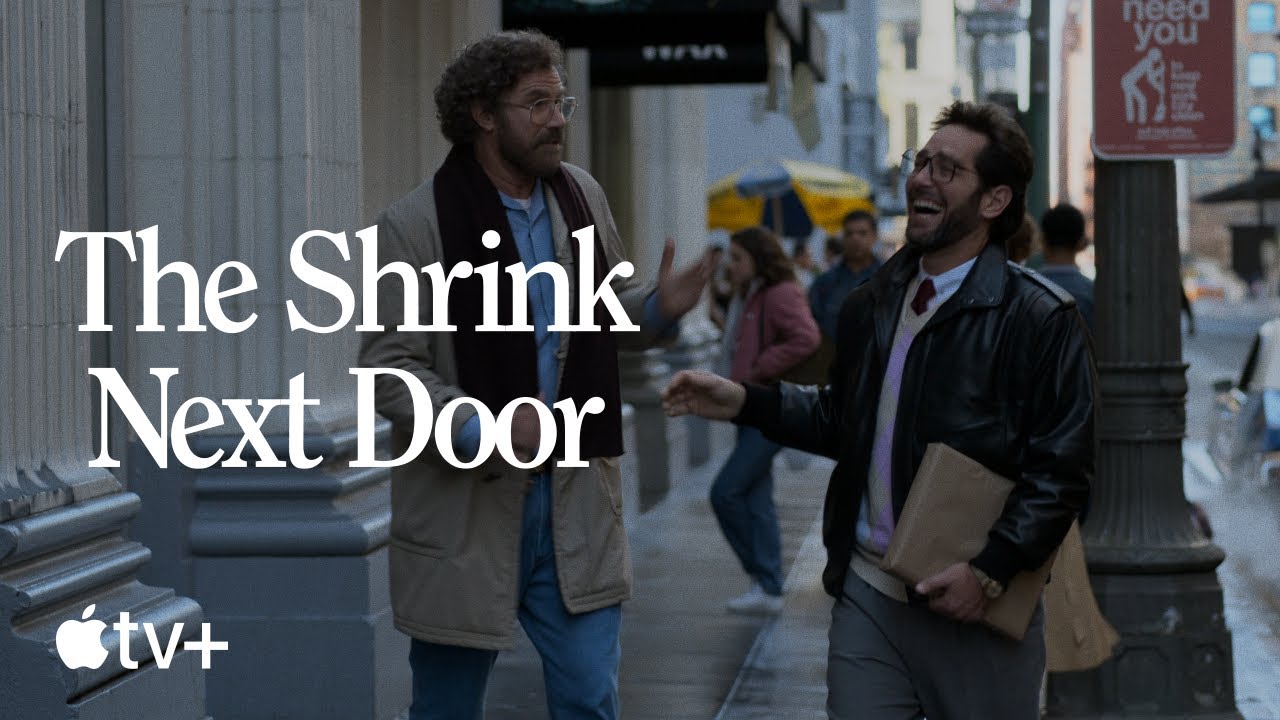 A teaser trailer for THE SHRINK NEXT DOOR starring Paul Rudd and Will Ferrell.

The first teaser has been released for the Apple TV+ series The Shrink Next Door.

Based on the podcast of the same name, and the true story of psychiatrist Isaac Herschkopf, the series tells the tale of the doctor, played by Paul Rudd who abused his relationships with his famous and elite patients, to exploit them for personal gain. Will Ferrell plays the patient in the series, seeing the two actors reteam after being in the Anchorman movies together.

In the first teaser for the dark comedy, psychiatrist to the stars Dr. Isaac “Ike” Herschkopf (Rudd) asks his longtime patient Martin “Marty” Markowitz (Ferrell) to stop using “the f-word” — but it’s not what you think. Ike wants Marty to stop saying he’s “fine,” because as the teaser shows, he clearly isn’t. The clip features Marty breaking down in various ways, until one day, he has a breakthrough. As Billy Joel’s “My Life” plays, Ike and Marty form a boundary-crossing friendship, one that eventually involves Marty burying what appears to be a dead body.

Inspired by true events, “The Shrink Next Door” details the strange relationship of Ike and Marty as Ike slowly worms his way into Marty’s life, even moving into his home and becoming the head of his business. As their friendship grows, it quickly becomes one filled with dysfunction and manipulation. The star-studded cast includes Kathryn Hahn as Marty’s younger sister, Phyllis, and Casey Wilson as Bonnie, Ike’s wife.

The Shrink Next Door is directed by Michael Showalter and Jesse Peretz, from a script by Georgia Pritchett based on the 2019 podcast by Wondery and Bloomberg Media. Check out the trailer below, and watch The Shrink Next Door on Apple TV+ on November 12th.