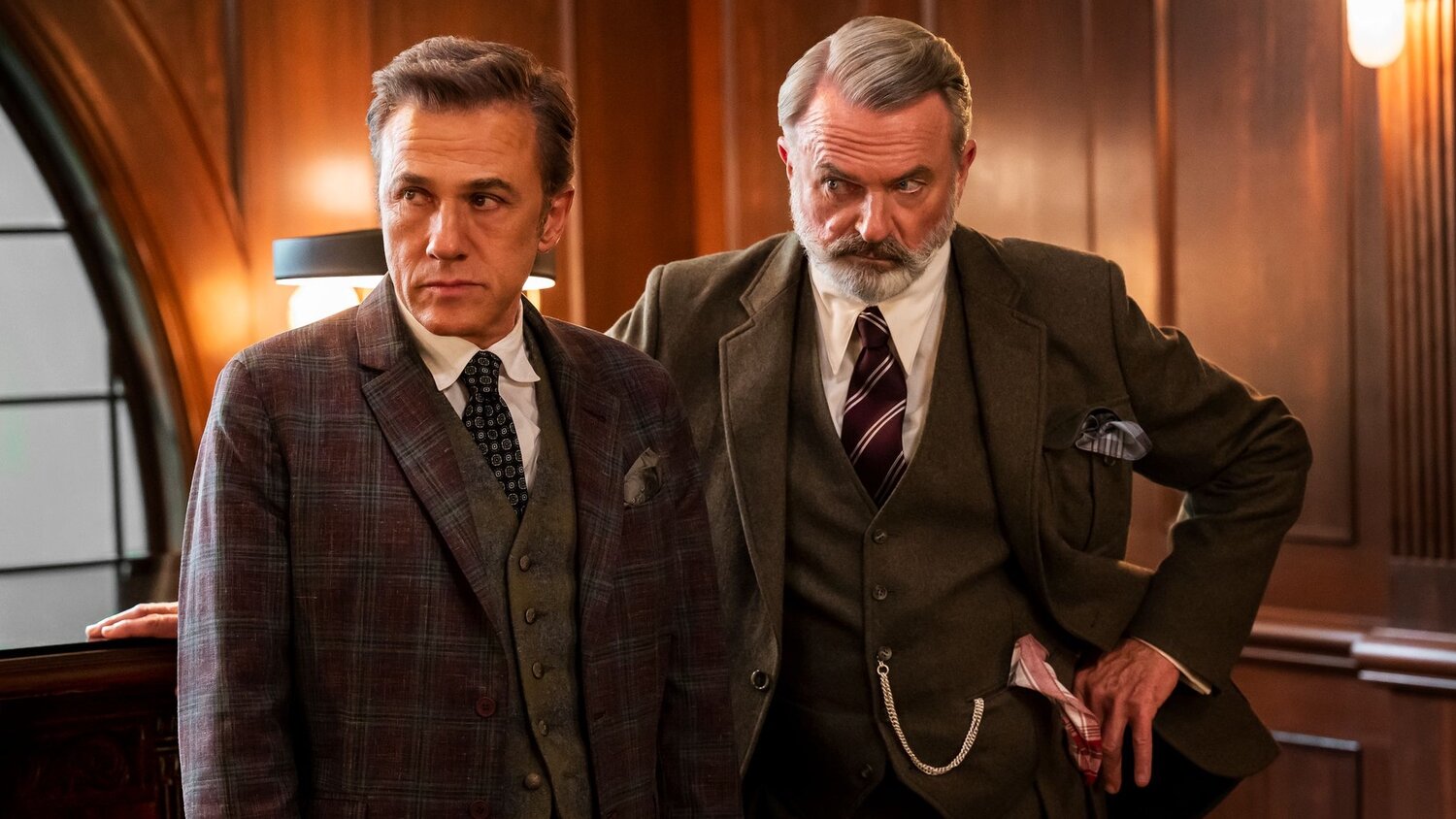 Sam Neill and Christoph Waltz Set to Star in the Fantasy Adventure Film THE PORTABLE DOOR From The Jim Henson Company.

Sam Neill (Jurassic Park), Christoph Waltz (Django Unchained), and Patrick Gibson (Tolkien) are set to star in a new fantasy-adventure-comedy feature film titled The Portable Door. The film is adapted from Tom Holt’s seven-book fantasy series. Above you will see our first look at Neill and Waltz in the film.

In The Portable Door, “Paul Carpenter (Gibson) and Sophie Pettingel are the lowly, put-upon interns who begin working at the mysterious London firm J.W. Wells & Co. and become steadily aware that their employers are anything but conventional. Charismatic villains Humphrey Wells (Waltz), the CEO of the company, and middle manager Dennis Tanner (Neill) are disrupting the world of magic by bringing modern corporate strategy to ancient magical practices, and Paul and Sophie discover the true agenda of the vast corporation where they work.”

Executive producer Lisa Henson said in a statement, “Director Jeffrey Walker is leading an amazing cast and creative team to bring to life the high-fantasy setting and unique humor of The Portable Door, An unexpected adventure filled with deeply funny moments; The Portable Door is poised to be the next Henson fan favorite.”

Producer Todd Fellman added, “It has been exciting to watch the diverse comedic talents of our incredible cast take this gem of a script by Leon Ford to a whole new level. We are truly creating a very special film that will be lots of fun for audiences of all ages.”

Arclight Films’ Gary Hamilton said, “Sam and this wonderful ensemble are fantastic additions to the star-studded cast of The Portable Door. Alongside Christoph, Patrick and Sophie, they will help bring this unique story from one of our favorite fantasy books to the big screen. Sam’s comedic mastery is unparalleled and international audiences are in for a ride when they see him playing the mysterious manager of the organization.”

Julia Stuart, Director of Original Film at Sky comments “It’s very exciting to continue to build our content offering in Original film with such legendary partners as The Jim Henson Company and Story Bridge Films alongside our friends at Arclight Films. The Portable Door is going to be an unmissable adventure with a very British sense of humor that I cannot wait to share with Sky Cinema customers across all our markets.”

Stan Chief Content Officer Cailah Scobie went on to say, “Stan continues its strong investment and focus on premium local programs and feature films like The Portable Door as part of our strategy to create more Australian produced content. Helmed by one of Australia’s most accomplished directors, Jeffrey Walker, and featuring award winning actors Christoph Waltz, Sam Neill and Patrick Gibson, alongside a stellar Australian cast, we look forward to seeing this magical film cast a spell on Stan subscribers.”

Madman CEO and founder, Paul Wiegard shared, “The film promises a joyful cinematic experience; a big-screen visual feast of imagination, fantasy, and humour. Audiences will recapture, uninterrupted, that feeling from their youth of watching a truly creative work.”