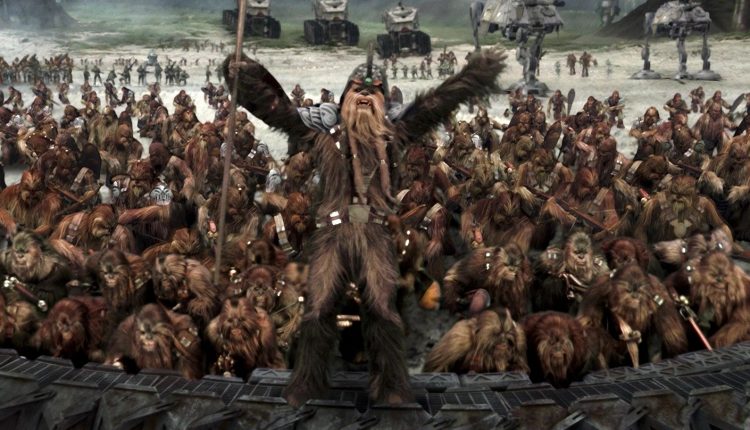 A new rumor has been circulating regarding The Mandalorian and the possibility of Wookiees making an appearance in season 3.

The rumor originated from Bespin Bulletin claiming that Wookiees have been spotted on the set of the series. They shared the post below on Instagram, with the note, “Wookiee or Wookiees possibly appearing in ‘The Mandalorian’ season 3! When will Mando begin filming?”

The third season of The Mandalorian began shooting this month so the possibility is there, and they have shown that they are not afraid to include any number of characters in the series has included many legacy characters including Luke Skywalker!

“Last year I heard rumors that a Wookiee or Wookiees may appear in The Mandalorian. I’ve heard of a Wookiee showing up again as of late from a secondary source and even saw proof that a Wookiee might be appearing in The Mandalorian Season 3 from a new source. I don’t know if the Wookiee is of any significance, if it’s a character we’re familiar with, or if even just a background character. Just thought it was worth mentioning as we all love a fuzzball.”