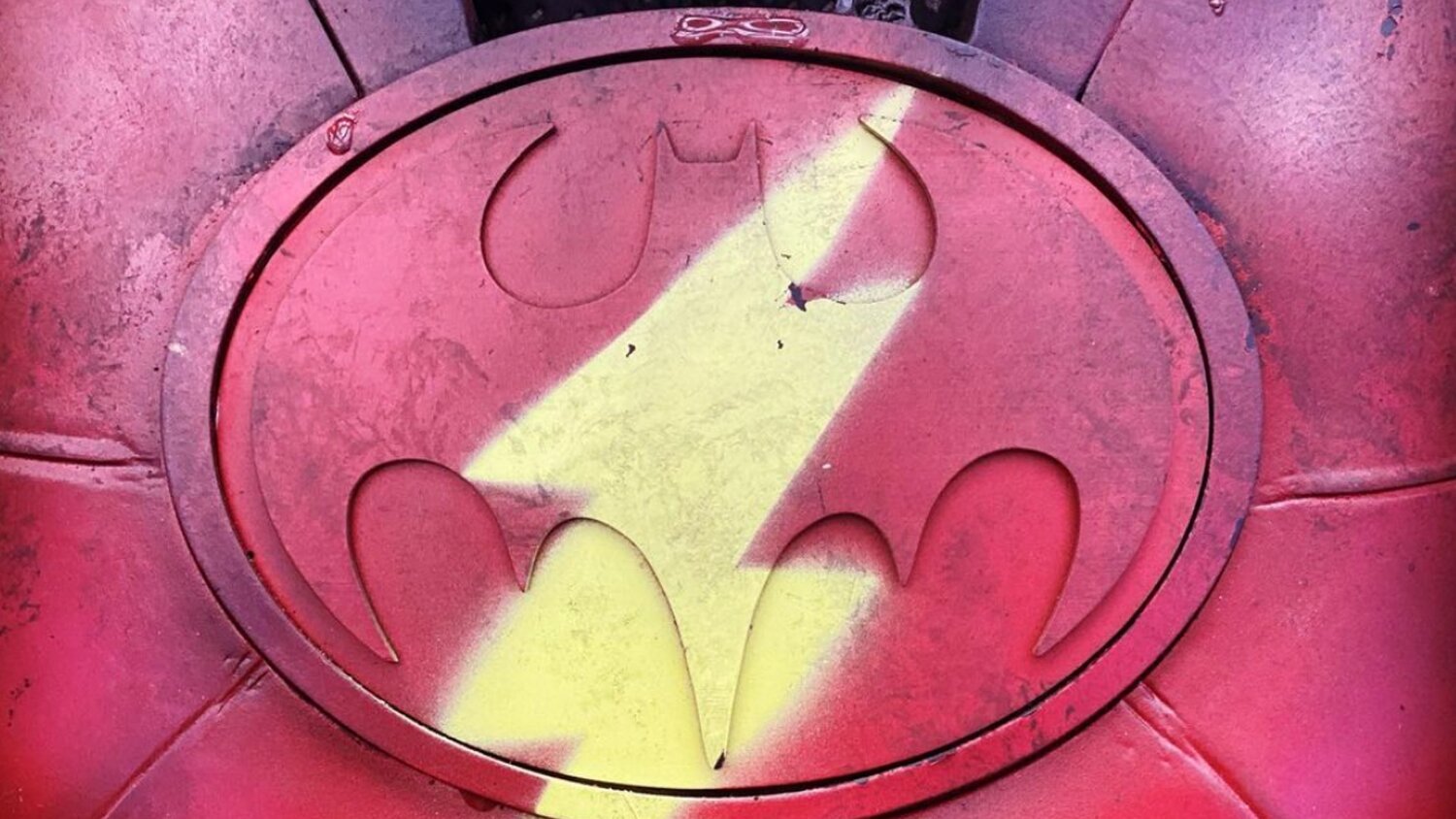 In the midst of directing the upcoming DC film The Flash, director Andy Muschietti has teased new costume that is sure to make fans buzz and get excited. The suit appears to be a mashup of Michael Keaton‘s suit and The Flash.

There was no caption or explanation with the photo by Muschietti , so it’s completely open for fan to speculate on. With Michael Keaton and Ben Affleck reprising their versions of Batman, there also may be other incarnations of the character as well. Possibly Red Death from Dark Nights: Metal, but if this was the case, I would really hope to see more from the costume for him, but hey, anything is possible!

This movie is going to break open the DC multiverse, and the director previously teased “all that you’ve seen exists.” The Flash will see Barry Allen “breaking the bonds of physics to crash into various parallel dimensions, where he’ll encounter slightly different versions of DC’s classic heroes.”

The director previously explained things a little further regarding how this new DC Multiverse is actually going to work in The Flash, saying:

“This movie is a bit of a hinge in the sense that it presents a story that implies a unified universe where all the cinematic iterations that we’ve seen before are valid. It’s inclusive in the sense that it is saying all that you’ve seen exists, and everything that you will see exists, in the same unified multiverse.”

“I will tell you is that it’s a ride. It’s going to be fun and exciting and there are a lot of DC characters in it. Flash is the superhero of this film because he is the bridge between all of these characters and timelines. And in a way, it restarts everything and doesn’t forget anything.”

The director also previously explained that the film will be a time travel story, saying:

“His mother was murdered, his father was trained and incarcerated, and all his journey from then was a man trying to make things right…the script really capture his loquacity, his personality…he’s someone who has the power of changing events of the past, but by doing so, can deteriorate the very fabric of the space-time continuum.”

The Flash is being written by Christina Hodson, and it’s set to hit theaters on November 4, 2022.