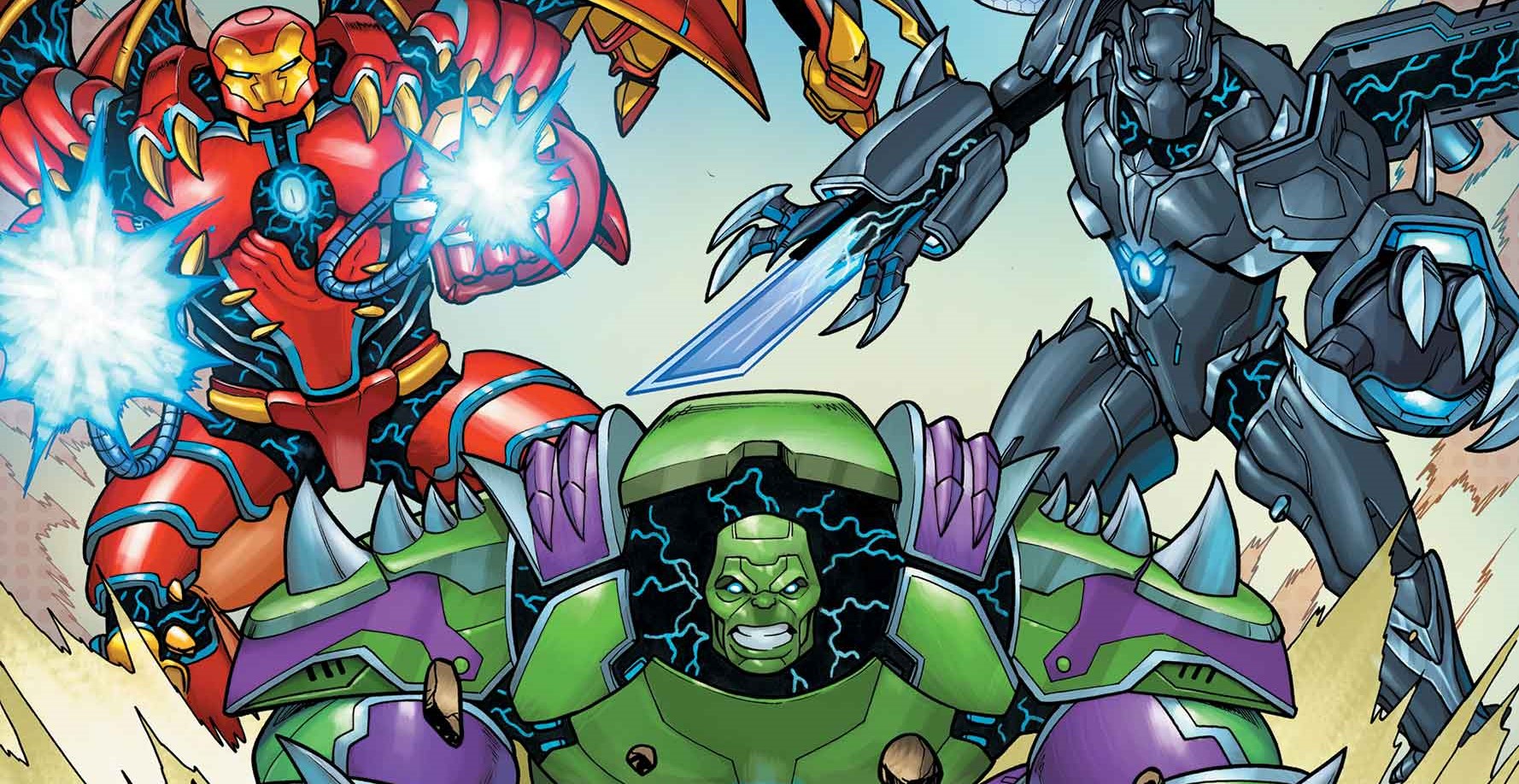 The Avengers Suit Up to Fight Monsters in Mech Strike: Monster Hunters

Marvel Comics has announced a new mini-series called Mech Strike: Monster Hunters. The new series will see the Avengers get an upgrade and take on monsters in a series written by Christos Gage with art by Paco Diaz. The five-issue series launches this June.

The new series will feature Iron Man, Hulk, Black Panther, and many more of The Avengers as they put their new mech suits to good use and slay monsters.

“I’ve been a fan of giant robots and Marvel comics since I was a little kid,” Gage said. “The only other thing I loved as much was monsters. And now Mech Strike has gone and put them all together! It’s like I’ve been preparing my whole life to write this comic. You’ll get heroes, villains, giant mech suits, monsters, and monster mech suits…everything a great comic book should have! It’s the Avengers fighting the Marvel Universe’s deadliest villains to prevent a monster apocalypse. But can they prevent themselves from becoming the very monsters they’re trying to stop? Artist Paco Diaz is pulling out all the stops to melt your eyeballs when you see this! Hmm…eyeballs…yeah, we just might have a few of those too…”

“In last year’s AVENGERS: MECH STRIKE, the Avengers donned new mech armor to battle an unprecedented threat. Now a trio of the world’s most notorious super villains, assembled by Doctor Doom, have used the Eye of the Kraken to give themselves a mystical – and monstrous! –  upgrade. In order to defeat their foes, the Avengers must undergo a similar transformation – and become MONSTER HUNTERS! But will the heroes be consumed by their dark new powers?”

Mech Strike: Monster Hunters #1 will be available at your favorite local comic shop this June. Check out the main cover by Pere Pérez below: