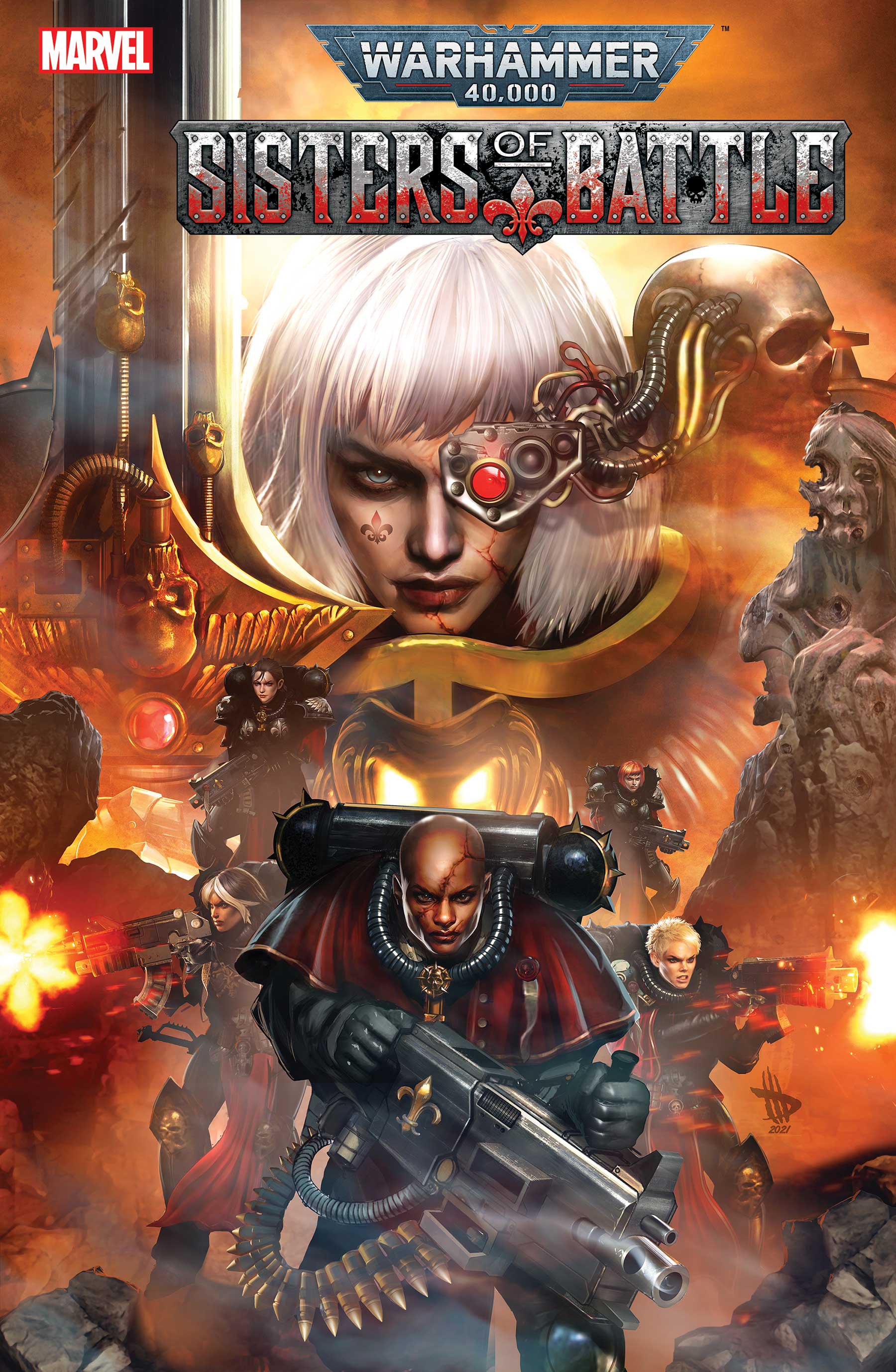 WARHAMMER 40,000: SISTERS OF BATTLE #1 by Torunn Grønbekk and Edgar Salazar coming this August!

After the success of last year’s WARHAMMER 40,000: MARNEUS CALGAR comic book series, Marvel Comics and Games Workshop’s exciting collaboration will continue this August with WARHAMMER 40,000: SISTERS OF BATTLE #1! Written by Torunn Grønbekk (The Mighty Valkyries) with art by Edgar Salazar (Uncanny X-Men), this latest team up will delight those familiar with the popular tabletop game phenomenon and serve as a perfect introduction for newcomers to the grim future of the 41st millennium that has captured the imagination of millions of fans around the world! The new series will tell an all-new action packed adventure of the sisterhood of warriors known as the Adepta Sororitas.

A squad of Adepta Sororitas, led by Canoness Veridyan arrive on planet Siscia to retrieve a lost Inquisitorial acolyte and put down a heretical uprising. As Novitiate Ghita’s first mission with her Order gets underway, what should be an easy mission turns into something much worse, as an unknown force deep within the subterranean city of the planet rears its ugly head! It’s no-holds-barred action, mystery, and daemons galore as the all-female fighting force lets bolters blaze and flamers scorch in this all-new saga!

A Warhammer 40,000 aficionado herself, here’s what Torunn Grønbekk had to say about working on WARHAMMER 40,000: SISTERS OF BATTLE:

“I’m beyond thrilled to continue Marvel’s Warhammer 40,000 line with this new series. The Sisters of Battle are everything I adore about 40K. I love everything from their unflinching conviction to their brutal armory (hello, Exorcist!) to the creepiest of all servitors; the Cherub. We’re in a universe where attack is the best defense and suffering is prayer, and I couldn’t be happier to enter the battle with the Adepta Sororitas. (Expect many hymnals and a lot of dead heretics).

“I’m ever grateful for the opportunity to contribute a little piece of terror to the vast and unforgiving Warhammer 40K universe (and not only because the countless hours I spend painting miniatures can now be classified as “research.” Thanks, Marvel)! Seeing the story come to life through the art of Edgar Salazar has been a true delight. It takes a particular talent to keep track of all the details essential to the 40K universe, and Edgar is next-level great. Combined with the colors of Arif Prianto, the grim darkness of the far future is brought to life in a style you’ve never seen before!”

Show your faith and fervor to the Emperor by joining Marvel Comics for the start of the next phase of WARHAMMER comics when WARHAMMER 40,000: SISTERS OF BATTLE #1 hits stands on August 18th! For more information, visit Marvel.com.