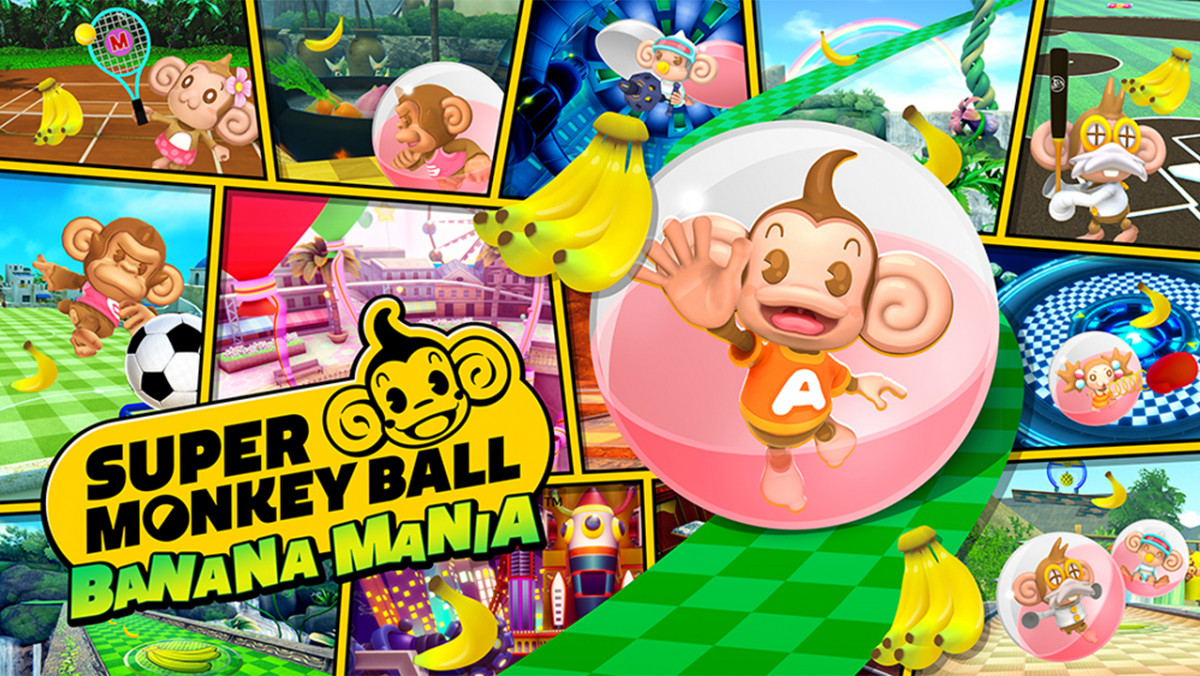 If you’re not familiar with the series, the original Super Monkey Ball was originally released for arcades in Japan but was ported to the Nintendo GameCube in 2001. The game is fairly simple: you control a monkey who is trapped in a clear ball and you must navigate them across a series of odd stages and help them collect bananas (if I know anything about monkeys it’s that when they see a banana they must run after it). That first game, and its sequel, were both surprise hits. They were also surprisingly engrossing and packed with fun minigames, which made them great for groups of friends.

Sega is marketing Banana Mania as a collection of the first three Monkey Ball games, but it’s worth noting that Deluxe wasn’t wholly original. Thankfully, Banana Mania will also include the additional content originally featured in Deluxe.

In total, Super Monkey Ball Banana Mania includes more than 300 recreated levels and 12 multiplayer minigames. You won’t be able to play those games online, but the title does support four-player local multiplayer, online leaderboards, and an online time attack.

The collection hits the Nintendo Switch on October 5, but it is also planned for release on the PlayStation 5, Xbox Series X/S, PlayStation 4, Xbox One, and PC on November 5.