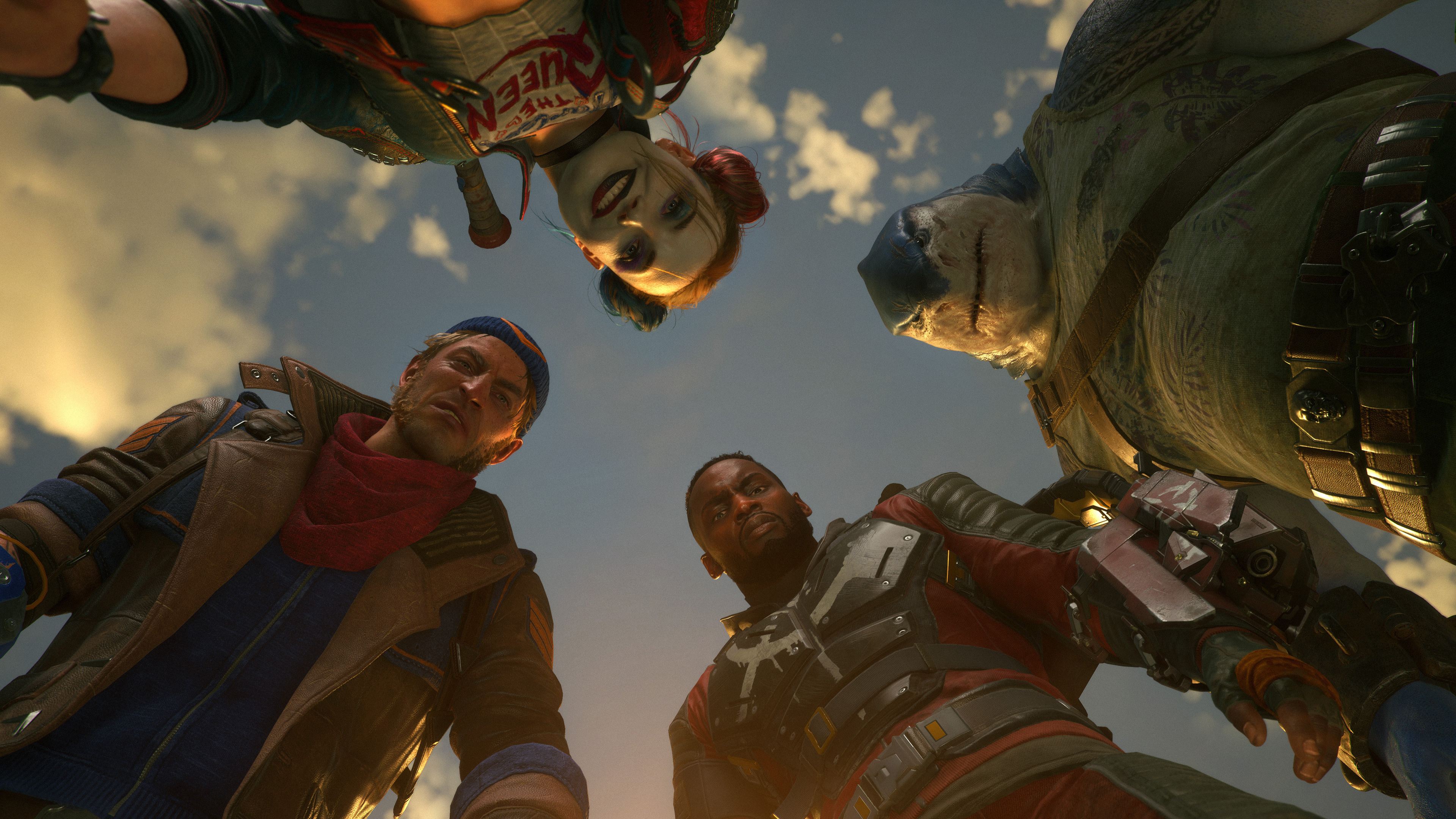 Rocksteady Studios is ready to show more of its follow-up to 2015’s Batman: Arkham Knight, and at DC Fandome, we got the first story trailer for Suicide Squad: Kill The Justice League.

The trailer starts with the Squad (Captain Boomerang, Harley Quinn, Deadshot, and King Shark) being introduced to their roles in Task Force X by Amanda Waller before setting them loose in Metropolis to take out a series of powerful targets: the Justice League. In the previous trailer, we found out Superman was the alpha target for the Squad, but now we know it’s not just DC’s boy scout-turned-bad that needs to be taken down. We see menacing images of Green Lantern John Stewart, Wonder Woman, The Flash, and what looks like a Batmobile with a subsequent shot of a hand holding a gun (which very well could be Batman!) put in perspective the daunting task ahead of this unlikely group of antiheroes.

The Justice League members aren’t quite acting on their own free will, with each showing signs of corruption on their faces and around their eyes. Brainiac’s metal tentacles hang ominously over Metropolis, giving a big hint about why the defenders of Earth have become its biggest threat. We also get to see some of DC’s rogues’ gallery, one of which loses his head, and classic Batman villain the Penguin is the butt of a cruel prank from the Suicide Squad.

Suicide Squad: Kill The Justice League is releasing in 2022, with no specific release date as of yet. You can play it on PlayStation 5, Xbox Series X/S, and PC.