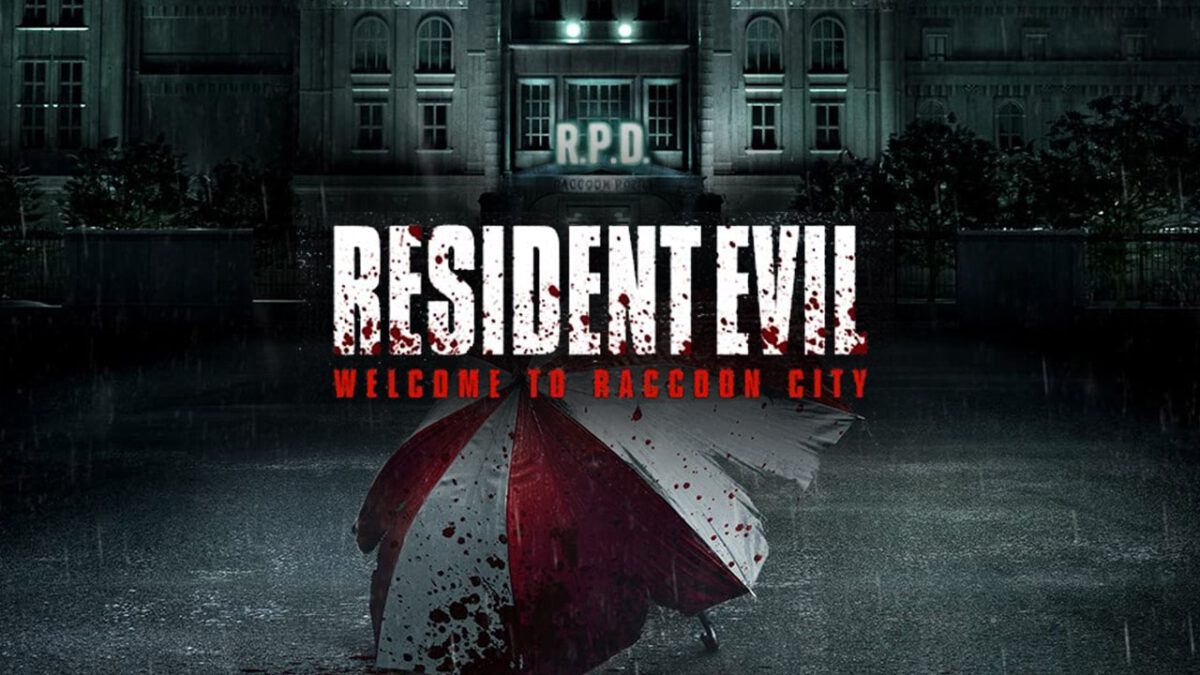 Resident Evil has been a staple in all mediums of entertainment for years now. Since the launch of the first game of the series, the franchise has continued to deliver countless entries into the video game franchise that has expanded the lore and universe into a pop culture phenomenon. This has led to many different adaptations of the franchise. Whether animated films or series. The infamous live-action films that starred Milla Jovovich that I will admit gave me hope with its first entry and then became a discombobulated mess as each film released and unfortunately offered no payoff for fans. Where this film fell short for many fans, Resident Evil Welcome to Raccoon City aims to shine as it brings the fear of the video game franchise to life as it adapts the earlier of the Resident Evil games and it presents a feature-length film made for fans.

The film which was written and directed by Johannes Roberts brings in a cast that includes Kaya Scodelario, Robbie Amell, Hannah John-Kamen, Tom Hopper, Avan Jogia, Lily Gao, Neal McDonough, and Donal Logue. The film’s plot brings together the happenings of the first two entries of the video game franchise ( Resident Evil & Resident Evil 2) which takes us back to the 1990s in the infamous town of Raccoon City. The city has just lost the Umbrella Corporation and is presented as a city that is suffering from economic decay, this was one of the shining points of the film as we see a popular setting of the video games come to life in an intriguing manner and it’s beautiful in its own right. in comes Claire Redfield who is portrayed by Scodelario to investigate claims that the company has unleashed a dangerous substance out to the city through its water supply.

She attempts to get her brother Chris Redfield who is portrayed by Amell to help her with her investigation, but of course, he doesn’t believe her claims. This is until we are taken to another key location as Redfield, along with his partners Jill Valentine who is portrayed by Kamen, and Albert Wesker who is portrayed by Hopper are tasked with investigating the deserted mansion. This leads to what we all know is coming as the town becomes riddled with the dead coming back to life and through the series of events in the film, Claire ends up teaming up with Leon S. Kennedy ( of course!) who is portrayed by Jogia. Another mystery begins to unravel as the narrative moves forward as Claire comes face to face with a creature that apparently tried to befriend her when she was a child.

Now, we already got a previous teaser highlighting some of the easter eggs we would see in the film from the video game franchise, and let me tell you, as a longtime Resident Evil fan, they really took the time to give us a bit of a scavenger hunt as we enjoy the film as we get countless references that I am sure some eagle-eyed fans will begin to notice as they watch the film. Much like my take on the Cowboy Bebop live-action adaptation, Roberts finds a way to capture the essence and magic that makes Resident Evil what it is, and even with narrative or creative changes in the film, he still captures those moments and translates them in a way that should resonate true for even the most hardcore fans. As much as we would love a frame-for-frame adaptation of our most beloved games and animation treasures, I have to applaud the capabilities of everyone involved in this film to be able to give us their interpretation of Resident Evil without sacrificing the aesthetic of the world and characters.

Something that I anticipate for those not familiar with the franchise is their questions on the somewhat cheesy lines, and the question of in what reality does a pharmaceutical company have this many secrets, and essentially a personal army to deploy at a moment’s notice. Well, these are the creative choices I applaud the most as it could have very well been easy to sacrifice some of these creative choices to inject some realism into the film, but in reality, this is what makes the Umbrella Corporation the villain that it is in the entire franchise. The secrecy, the power and essentially playing god shows that this corporation reached a level of power that was truly dangerous and the undead and creatures that our characters deal with are just aftermath or repercussion of the actions taken by Umbrella. It’s the beauty of the series in my opinion and I am very glad that Roberts maintained that notion even if it comes off as laughable in the live-action medium.

The film is not perfect, but it does deliver many elements and moments appropriately. The film delivers an homage to fans that shows why we love this franchise and also shows us that Roberts has an understanding of the franchise and that he respects the source material all while making these projects his own. The film has something for both fans of the Resident Evil franchise and those newcomers looking for a bloody-good film full of dismemberment and gore. This is a far cry of an upgrade from other entries we have received before and although at times a bit campy, the film relishes in what makes Resident Evil the long-standing franchise with one of the biggest fandoms. Although the end of the film doesn’t seem to indicate whether we have more films in the future for this franchise, this particular geek certainly hopes there is.