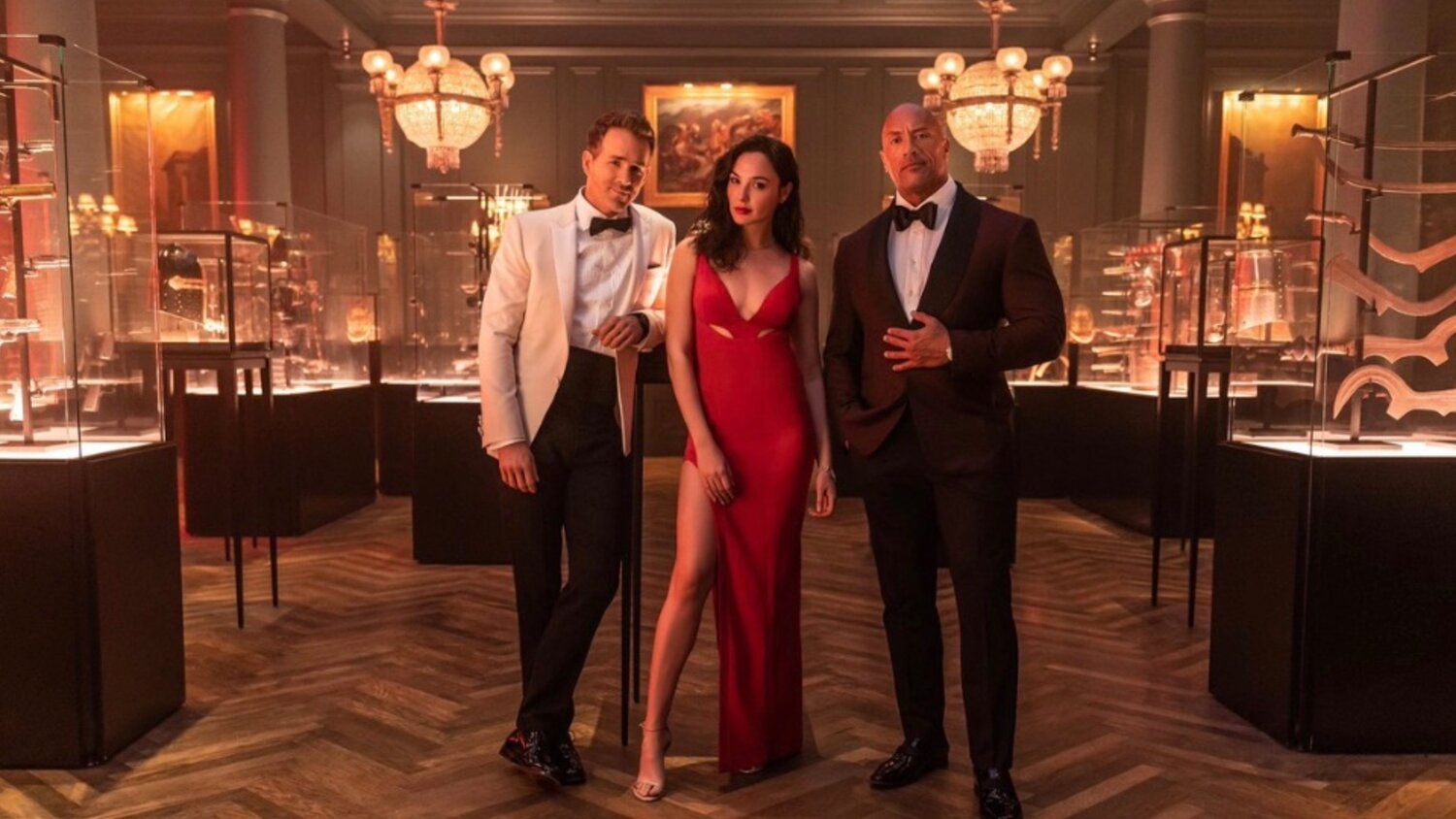 Dwayne Johnson has shared a new photo from his upcoming Netflix action comedy Red Notice. The film also stars Ryan Reynolds and Gal Gadot, and it is being directed by Rawson Marshall Thurber (Central Intelligence). The photo features all three of the lead actors, and it was also announced that the film will debut on November 12, 2021.

When previously talking about the film Johnson said, “With Red Notice, our goal at Seven Bucks Productions was to break down traditional barriers and create a true global event for the audience.” He added:

“Netflix has illustrated that they are the perfect partners to accomplish this goal. I admire the ambition of Netflix to become one of the biggest movie studios in the world. Their original content generates critical acclaim and invites full collaboration on every level of production. Their unbridled enthusiasm for Red Notice is equally matched by their commitment to entertaining audiences on an international scale. As the landscape of movies, distribution and audience consumption continues to evolve, our Seven Bucks focus is to continue to find the best platform and partners to thrive in this ever changing environment. Director/writer Rawson Thurber has delivered a dynamic script that me and my co-stars and partners-in-heist, Gal Gadot and Ryan Reynolds, can’t wait to shoot. The fun we’re gonna have making Red Notice, but more importantly – the fun the worldwide audience will have watching it in 190+ countries – all at the same moment.”

We don’t have many details to share regarding the story, but Johnson teases it in his social media post by describing the characters… “FBI’s top profiler. World’s most wanted art thief. And the greatest conman the world has never seen…”

Trailer for Netflix’s THE KISSING BOOTH 3