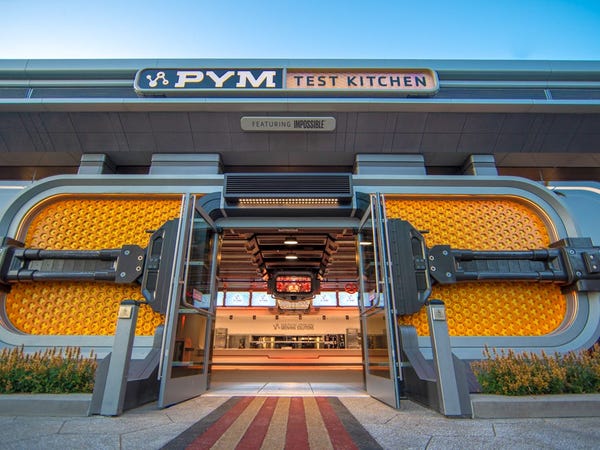 Avengers Campus is just about a week away from opening at Disney’s California Adventure Park, and the new land is filled with attractions and food to get Marvel fans excited. One new addition to the restaurant Pym’s Test Kitchen in Avengers Campus is a giant $100 sandwich called the “Quantum-sized Pym-ini Sandwich.”

The “Pym-ini” will be made using “salami, rosemary ham, provolone cheese, and sun-dried tomato spread on toasted focaccia, served with marinara dipping sauce and arugula salad”. The giant sandwich is meant to be shared by between six to eight people. There will also be a single-serve Pym-ini in a standard size, which will be priced at $14.50.

The restaurant itself will be themed after the 2018 film Ant-Man and the Wasp, and named after Michael Douglas’s character, Hank Pym. In a reference to the movie, it will serve dishes that play with proportions, including a giant meatball on a massive metal spoon and a Caesar salad that comes with just one huge crouton.

This sounds like a Marvel fan’s dream and I am sure we are all dying to get back into Disneyland after the long hiatus due to the pandemic. Take a look at some photos of the food below and let us know what you plan on picking up when you visit!