THE BOOK OF BOBA FETT Review: A Grounded Approach To An Iconic Character in the Expansive Galaxy Far Far Away... 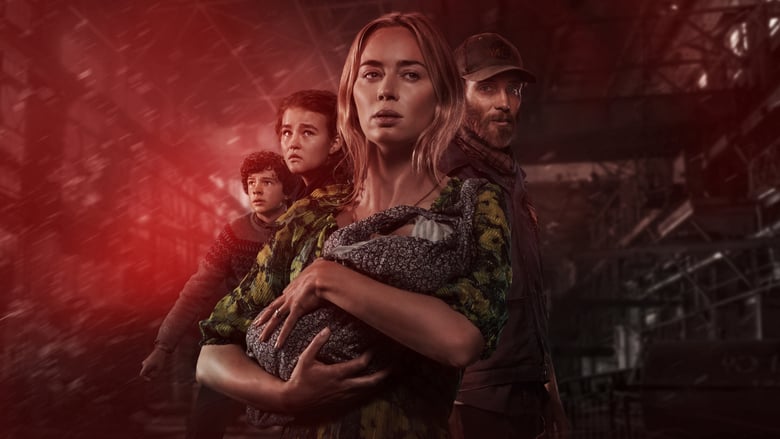 A Quiet Place Part 2 takes everything that worked in the first film and amps up the intensity and suspense to give us a near perfect follow up film.

The wait is finally over. After having experienced delays due to COVID, the highly anticipated sequel to A Quiet Place has arrived after missing its original release date of March 2020. So, let’s answer the question… is A Quiet Place Part 2 a good film?

The answer is YES, the highly anticipated sequel tells us a very well-put-together story with chills, thrills, and suspense that will make you hold your breath. The film is an immediate sequel to where we left off in 2018 after we saw the events unfold that cost Lee his life and saw Evelyn left to be the sole protector of her children and now newborn. Something that shows John Krasinski‘s genius as a writer is his choice to take the film to day one. Its predecessor delved and succeeded in the depths of suspense and the anticipation of what lurked in the corners. Now, Krasinski could have easily done that again, and successfully as he did with this sequel, but he also opted to take the opportunity to give us a backstory on the Abbott family and dive into the normalcy that they lived in as we see many familiar places from the first film before the mysterious object falls from the sky that brought these creatures to our planet. This changes the film’s tempo and gives us a high octane set of events full of fear and desperation that fills in some pieces of the puzzle and raises more questions.

Krasinski has mentioned that A Quiet Place is set to be a trilogy, and for those of you who have seen the first two films already, we know that the films progress and long-form storytelling is on pace for just that. The film is set to be one insane journey. One thing I know to expect from a good horror film is the age-old question that audiences will often think and yell out during a screening of the film, “what the hell are you doing?” This is something we asked ourselves quite a few times as we see the Abbott’s come across a mysterious character played by Cillian Murphy. The journey the remaining members of the family take lead them to cross paths with Murphy’s character and led to one of my favorite performances I have seen in a horror film, I have to applaud Noah Jupe for his performance in the scene outside the warehouse as it was one of the most authentic and powerful performances that emulated the pain and shock Marcus was feeling in that moment.

Emily Blunt is a star and one of the most talented individuals in Hollywood today, and unsurprisingly her contribution to this scene was stellar as you can feel the fear, sadness, and pain she keeps just under the surface throughout the entire film, but maintains the survival of her children at the forefront. The remainder of the film was stolen by another young actor’s performance as Millicent Simmonds gives an absolutely perfect performance and the bond and chemistry that Simmonds and Murphy give on-screen emulates off the screen and shows us how strong they make one another and also shows us how vulnerable they can be.

So, to summarize if the film is worth your time if I haven’t convinced you just yet. The film gives us some insight into the alien invasion, then we are sent straight to where the previous film left off, the sequel then takes us on a journey of the remaining members of the Abbott family leaving behind the home they knew in search of safety and it leads them to the mysterious character I mentioned played by Murphy and that leads to nightmarish obstacles as Krasinski sets us on a path of multiple story arcs unraveling at once for our characters in the film. This leads them on a dark and intense path and we are shown glimmers of hope, all this wrapped up nicely with Krasinki’s absolute killer work directing the film and Blunt, Simmonds, Jupe, and Murphy’s stellar performance from beginning to end.

Krasinski has crafted a fantastic world and this film expands its multitudes and takes the overall focus off the Abbotts and gives us a little wider view of the predicament the entire human race finds itself in. A Quiet Place is on track to redefine the silent horror genre and we are all experiencing it first hand. If you have seen A Quiet Place Part 2, let us know what you thought of the film!

Subnautica: Below Zero Review | That Which Doesn’t Kill You, Makes You Colder