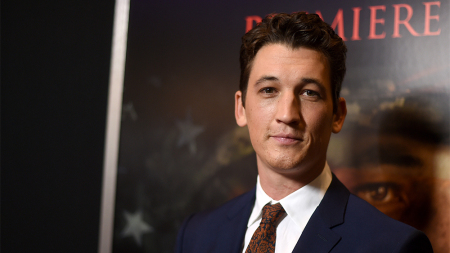 Miles Teller has been cast to star in the upcoming Paramount+ series ‘The Offer.’ The series will detail the behind-the-scenes story of the making of the film ‘The Godfather.’ Teller is set to play the role of Al Ruddy, who was set to be played by Armie Hammer, but given the recent sexual misconduct allegations, and overall scrutiny he has found himself in, he will not be involved with the project.

Teller will also be executive producing the series and the series will tell the story of Ruddy’s experience as a producer of the acclaimed film in 1972. The limited series has received a 10-episode order from Paramount+.

Nikki Toscano and Michael Toklin co-wrote and will executive produce, with Toscano also serving as showrunner. Dexter Fletcher is attached to direct the first and last block of episodes in addition to executive producing the series along with Leslie Greif. Paramount Television Studios will produce.

Teller is a talented actor and definitely will bring some star power to the series, and he’s been busy with many upcoming projects. What do you think of Teller stepping in for Hammer?