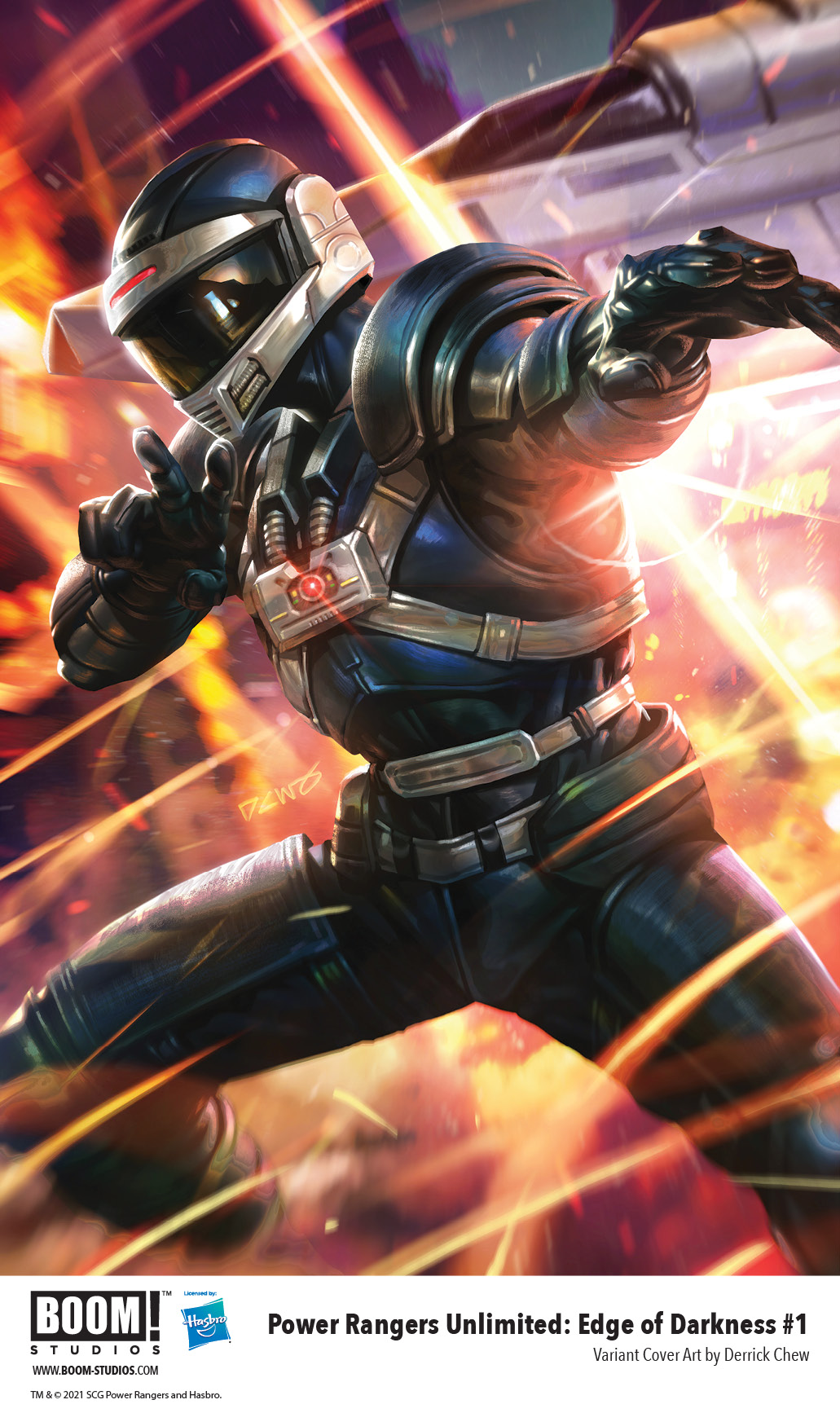 POWER RANGERS UNLIMITED EDGE OF DARKNESS #1: Discover the Never Before Revealed Secrets of the Mysteriously Stoic
and Heroic Ranger in June 2021

ENTER THE PHANTOM RANGER! Answering Zordon’s call, the Phantom Ranger investigates the aftermath of an Empyreal attack. Only to discover their connection to an ancient evil he encountered long ago… which may have finally returned to threaten the entire universe.

Currently, Power Rangers is celebrating 28 continuous years on the air, making it one of the longest running kids’ live-action series in television history with nearly 900 episodes aired to date. Created by Haim Saban and launched in 1993 with Mighty Morphin Power Rangers, the franchise celebrates its 28th season with, “Power Rangers Dino Fury” currently airing on Saturdays at 8 a.m. (ET/PT) on Nickelodeon and now streaming on Netflix in the U.S.

Print copies of POWER RANGERS UNLIMITED: EDGE OF DARKNESS #1 will be available on June 30, 2021, exclusively at local comic book shops (use comicshoplocator.com to find the one nearest you) or at the BOOM! Studios webstore. Digital copies can be purchased from content providers like comiXology, iBooks, Google Play, and Kindle.