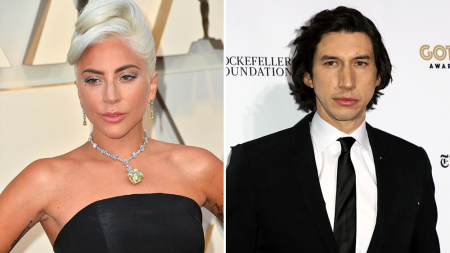 Lady Gaga has released a new photo of herself and co-star Adam Driver in Ridley Scott’s upcoming drama House of Gucci.

“The movie, which is currently filming in Europe, dramatizes the events around the assassination of Guccio Gucci’s grandson, Maurizio. Patrizia Reggiani was tried and convicted of orchestrating Maurizio Gucci’s murder in 1995 after he left her for a younger woman. She served in prison for 18 years, where she gained the nickname Black Widow, before being released in 2016.”

House of Gucci is expected to hit theaters on November 24th.