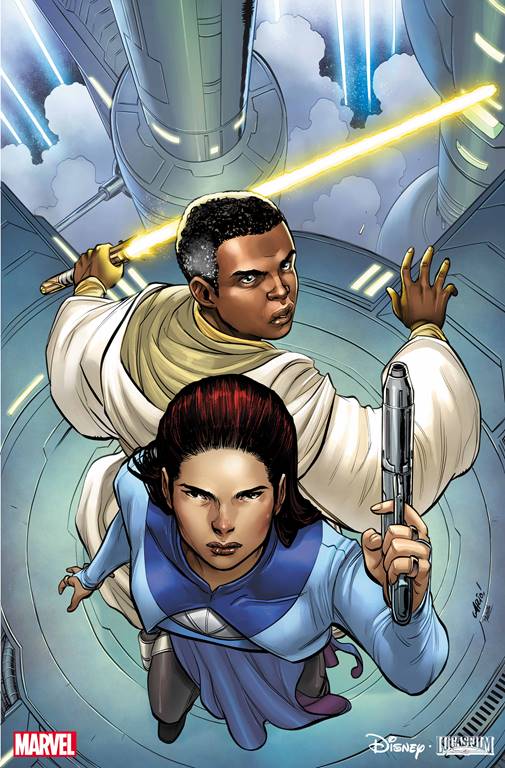 The noir-style mystery will unfold after the shocking events of the Republic Fair and introduce new key HIGH REPUBLIC players such as Sian Holt and Jedi Emerick Caphtor, two detectives tasked with uncovering the source of a strange new threat that could bring darkness to the Jedi Order’s golden age. The story will directly tie into the events of other HIGH REPUBLIC sagas, including the upcoming new Cavan Scott novel The Rising Storm.

“There are so many weird and terrifying threads to unravel here, and David Wachter’s excellent art fits the mood, urgency, and depth of this story perfectly,” Older told StarWars.com. “I am beyond excited to be working on this thrilling, creepy, delightful story.”

Check out a variant cover below by artist Ario Anindito below and stay tuned for more information about this thrilling new High Republic adventure!