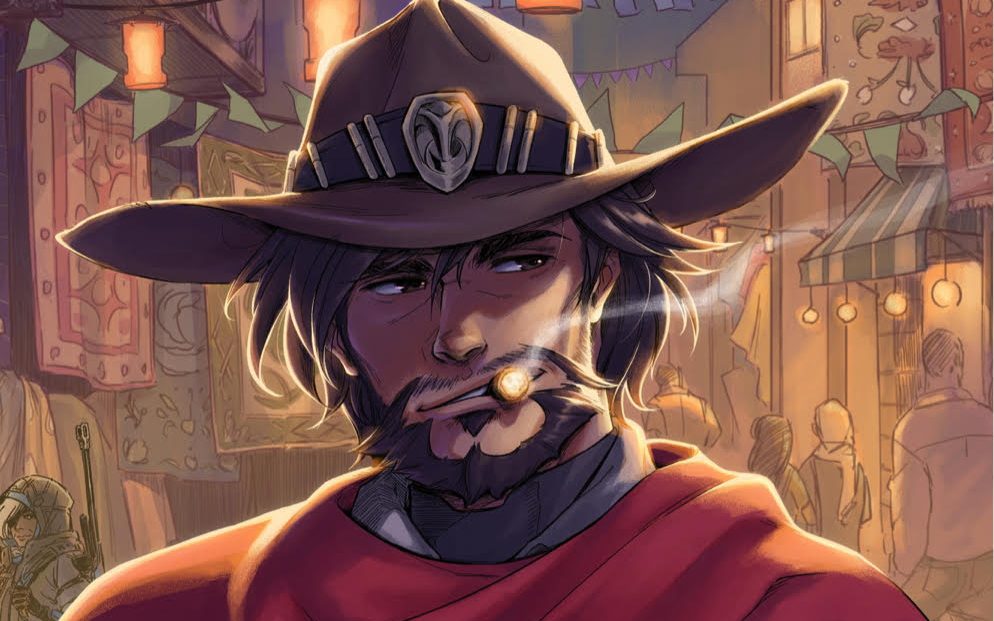 Years after Overwatch has been disbanded, the world finds itself beset by injustice and vulnerable to self-interested powers. With chaos and devastation rife around the globe, Cole Cassidy receives the call to rejoin Overwatch, but memories of its fall still haunt him . . .

Set right after the events of the “Reunion” cinematic, Overwatch: New Blood follows the cowboy on a new journey leading up to the highly anticipated sequel, Overwatch 2.

Overwatch: New Blood is free to read on Dark Horse Digital, ComiXology, and anywhere else you read your digital comics today! The launch of the new series coincides with the brand-new Overwatch in-game event, “Cassidy’s New Blood Challenge.” Be sure to check out both and answer the call!