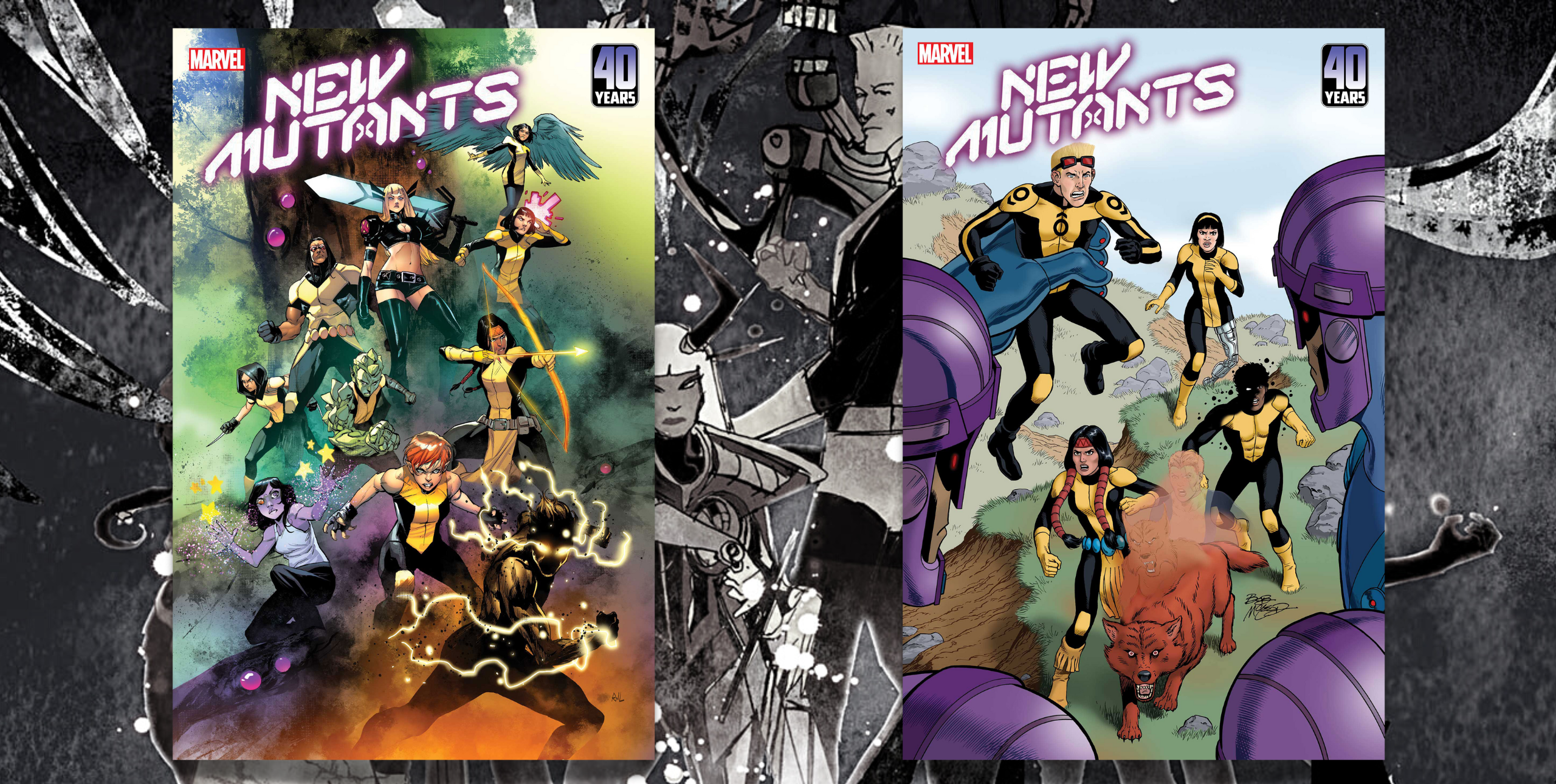 Marvel Comics has announced that they have put together a superstar lineup of artists to celebrate the New Mutants’ 40th anniversary. The supersized New Mutants #30 will celebrate the adventures our readers have shared with the young mutants. The creation of Chris Claremont and Bob McLeod in 1982 has introduced readers to a new generation of mutants that has given us many different stories that the publisher describes as “hard-hitting, thrilling coming-of-age adventures.”

Over the last 40 years, New Mutants has become a staple in the X-Men universe by giving readers diverse and influential characters to follow since their creation 40 years ago. The timeless stories are set to be celebrated this year with a supersized issue that will bring together writer Vita Ayala with superstar artists Alex Lins, Jason Loo, Ema Kubert, and many more.

The publisher describes the supersized New Mutants #30 as a mosaic love letter dedicated to the younger generation of mutants. The issue will also feature a short by guest writer Alyssa Wong that is described as fourth-wall-breaking short starring Deadpool.

Read the full description below:

“NEW MUTANTS #30 will be a mosaic love letter dedicated to the mutant youngsters who have become the beacon and hope of a new generation of X-Men. Commemorating classic and new characters alike, this collection of shorts featuring artwork by talents such as Alex Lins, Jason Loo, Emma Kubert, and more, celebrates four decades’ worth of the joys and tribulations of being young, brave and gifted in the world of X.”

McLeod talked about the impact the team has had in the press release, saying:

“So many fans have come up to me at conventions and told me what a huge impact the New Mutants had on them in their teen years, and how relatable they were in all of their diversity. Native Americans, African Americans, Kentuckians, all finally seeing themselves represented in the comics. It’s been very humbling.

Our New Mutants have gone through so many changes over the decades that I often didn’t recognize them as the same characters we created. So I was very pleased to get the chance to come full circle and do a variant cover homage to their very first published appearance on the cover of AMAZING HEROES #16. I hope fans continue to enjoy them for another 40 years!”

Of her opportunity to contribute to the supersized issue, Wong said:

“What an honor to come aboard NEW MUTANTS for its 40th anniversary! NEW MUTANTSis such a delight. It’s gonna be a party–so of course, I’m bringing Deadpool.”

New Mutants #30 will be available at your favorite local comic shop and digitally in September. Check out the main cover by Rafael De Latorre and a variant cover with art by McLeod himself: