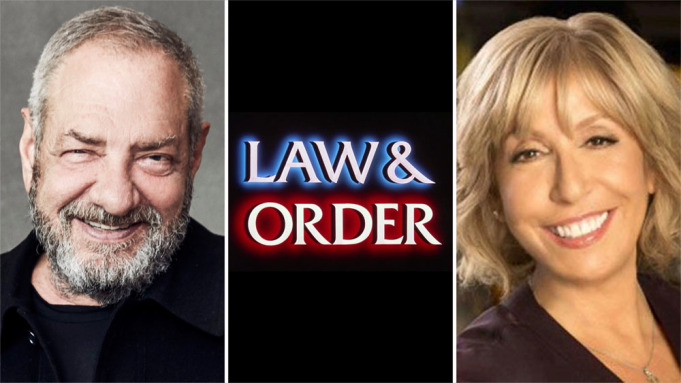 NBC has picked up the Law & Order spin-off titled ‘Law & Order: For the Defense.’

“take an unbiased look inside a criminal defense firm,”

“The series will put the lawyers under the microscope, along with the criminal justice system with every week delivering the promise of a contemporary morality tale.”

“This new show is exciting for me personally,”

“We spent the last 30 years on shows that played offense. Now it will be great to play defense, and being able to do it with Carol is an honor and an opportunity for both of us to do television that hasn’t been done before.”

Mendelsohn will serve as showrunner. She is executive producing with Wolf, Arthur Forney, Julie Weitz, and Peter Jankowski. The series will be produced by Universal Television, a division of Universal Studio Group, and Wolf Entertainment. It stems from Wolf’s and Mendelsohn’s deals with the studio.

“We can’t wait to bring audiences the latest chapter of Law & Order, which will explore a different angle of the criminal justice system,”

“We’re excited about Dick Wolf’s perpetually thought-provoking approach as well his collaboration with Carol Mendelsohn, who we have been eager to do a series with for a long time.”

This will be the second consecutive year NBC picks up a new Law & Order series with a straight-to-series order. NBC also picked up Law & Order: Organized Crime, which stars Chris Meloni, the series premiered April 1st and received the top series debut for any network in the last 2 1/2 years.