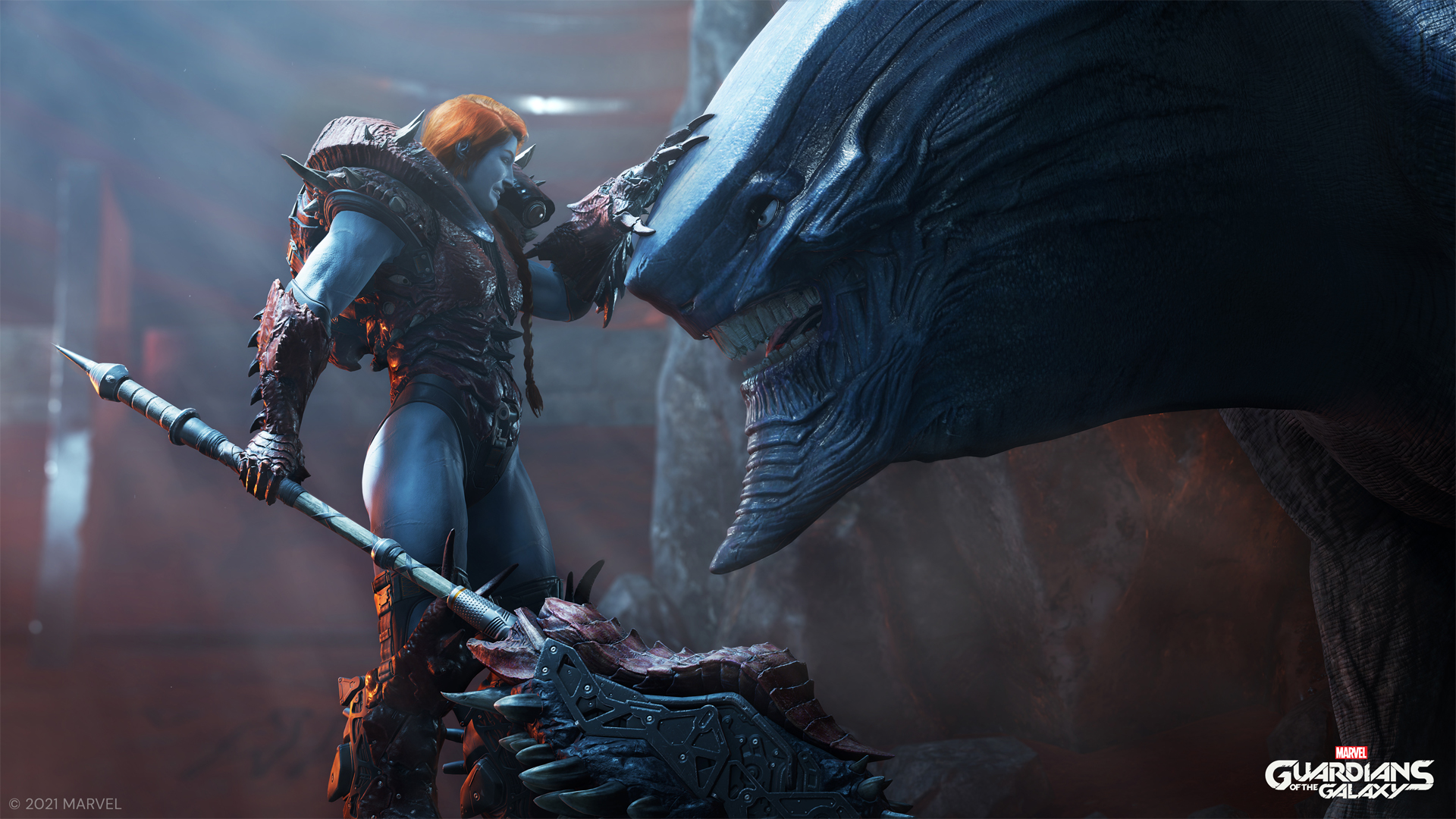 New Guardians Of The Galaxy Trailer Shows Off Lady Hellbender.

Eidos-Montréal’s Marvel’s Guardians of the Galaxy showed off some exciting footage worldwide during E3 this summer, as well as a gameplay demo chock-full of third-person exploration and explosive combat. A new trailer dropped today, introducing Lady Hellbender.

Lady Hellbender is the queen of Seknarf Nine and a monster collector. At the start of the cutscene, which you can watch below, she’s talking to a potential seller. Her next clients, the titular Guardians, arrive to talk but, instead, watch as the seller is torn apart by his own auctioned creature, the dreaded Tara-tara.

“Having been arrested and fined, [the Guardians] now owe a considerable amount of credits to Nova Corps. They devise a plan to sell either Rocket or Groot to Lady Hellbender as a way to make a quick buck. Once the deal is complete, the Guardians plan to double-cross Lady Hellbender by later sneaking into her fortress and breaking their friend out.”

As per usual, it sounds like the Guardians will have their work cut out for them.

Marvel’s Guardians of the Galaxy launches for PlayStation 5, Xbox Series X/S, PlayStation 4, Xbox One, Switch, and PC on October 26.