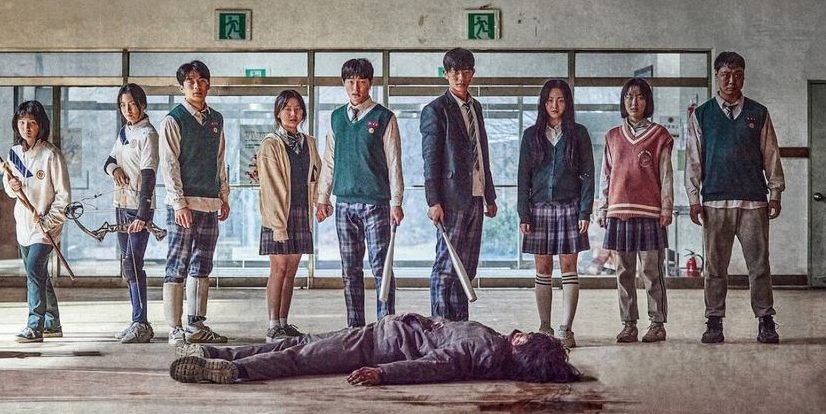 Netflix has released the first trailer for the upcoming Korean horror series, All of Us Are Dead that is set to arrive later this month. The series is an adaptation of a digital comic Now at Our School by Joo Dong-Geun. The series will follow a group of high school students who attempt to survive their zombie-infested school.

The trailer sets the tempo for what we will get from the series with some gruesome images of the outbreak and flashes of some seriously impressive special effects. This might be one of the better-looking zombie series since Netflix treated us to Kingdom. The webcomic ran for two years running for nine chapters, so unless this is released as a limited series, we can expect Netflix to build upon the webcomic in further seasons.

All of Us Are Dead is directed by Lee JQ and Kim Nam-su. Chun Sung-il writes all 12 episodes of the first season. The series stars Yoon Chan-young, Park Ji-hoo, Cho Yi-hyun, Park Solomon, and Yoo In-soo.

All of Us Are Dead will premiere on January 28. Check out the series first trailer below: