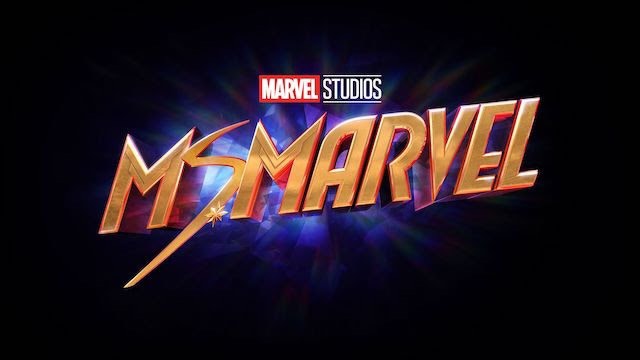 New photos from the Ms. Marvel set gave us a sneak peek at the star of the upcoming Marvel TV series coming to Disney +. Vellani is seen in full costume on set in her official superhero costume. As we know, Vellani will be playing Ms. Marvel a.k.a Kamala Khan in the live-action series. The photos were taken a few days ago on set in Atlanta where the Disney + series is filming.

Donning what seems to be a classic look true to her Marvel Comics persona, you can see the blue and maroon colors featured on her outfit with the yellow lightning bolt and the gold bangles on her wrist.

Rish Shah was also spotted on the set, Shah will be playing Kamran, an inhuman with unique abilities. These photos show us a more superhero-esque look that is a bit different than the look we saw Vellani in the previous photos that were taken of her on set in what appeared to be more of a DIY Captain Marvel outfit, mind you, the photos did seem to be on set in what seemed to be Halloween and that could explain the outfit.

No details have been released on the plot, but we do know Ms. Marvel is slated to appear in Captain Marvel 2 which will have Brie Larson reprising her role as the title character and Wandavision‘s Teyonah Parris appearing in the film as Monica Rambeau, so it’s likely the series will tie into the film in some extent.

Ms. Marvel is set to be released on Disney + in 2021. Take a look at the set photos below!