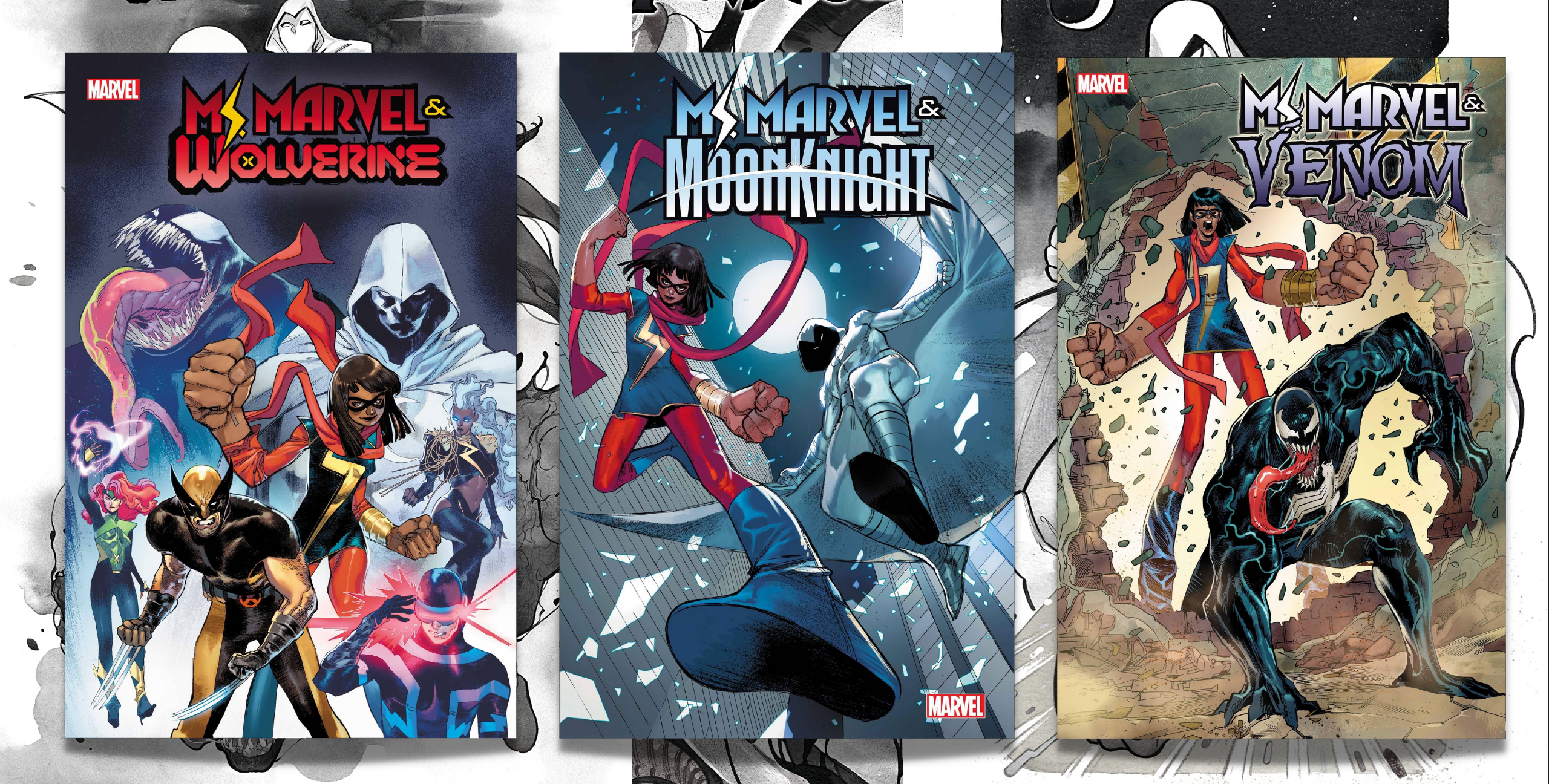 Ms. Marvel Calls on Marvel Universe Heroes To Take on A New Threat With New Series of One-Shots

Marvel Comics has announced a new series that will bring together Ms. Marvel as she enlists the help of Marvel‘s greatest heroes to take on a new threat. The series will unfold through three oversized one-shot comics that will be written by Jody Houser with art by Zé Carlos, Ibraim Roberson, and Dave Wachter. The publisher promises this will be Ms. Marvel’s “boldest and most intense” adventure.

“When a mysterious threat lands in New York City, Ms. Marvel takes matters into her own embiggened hands! But with Krakoan security/tech compromised, you can bet Wolverine and the X-Men won’t be far behind.”

“Moon Knight protects the travelers of night…but what about those traveling to bring him death? A mechanical (and maniacal!) threat brings Ms. Marvel into Moon Knight’s orbit, and the gravity of what they uncover will require them to plumb the depths of life and death!”

“Venom is on the hunt…but who is hunting Venom?! Ms. Marvel and Dylan Brock, the new wicked web-slinger on the block, team up as a scheme to harness the symbiote rears its ugly head. The finale will also reveal the connection between all three team-ups, and fans won’t believe who’s been pulling the strings!”

Houser talked about her excitement of diving into the Marvel sandbox once again in the press release, saying:

“I’m thrilled to be back playing in the Marvel Super Hero sandbox, especially with a character at vital as Ms. Marvel. Teaming her up with some of the darker heroes of the 616 shows just how bright her light really is.”

It all starts with Ms. Marvel & Wolverine #1 and it will be available at your favorite local comic shop and digitally on August 3rd, 2022. Check out the covers below that include variant covers from superstar artist Peach Momoko: