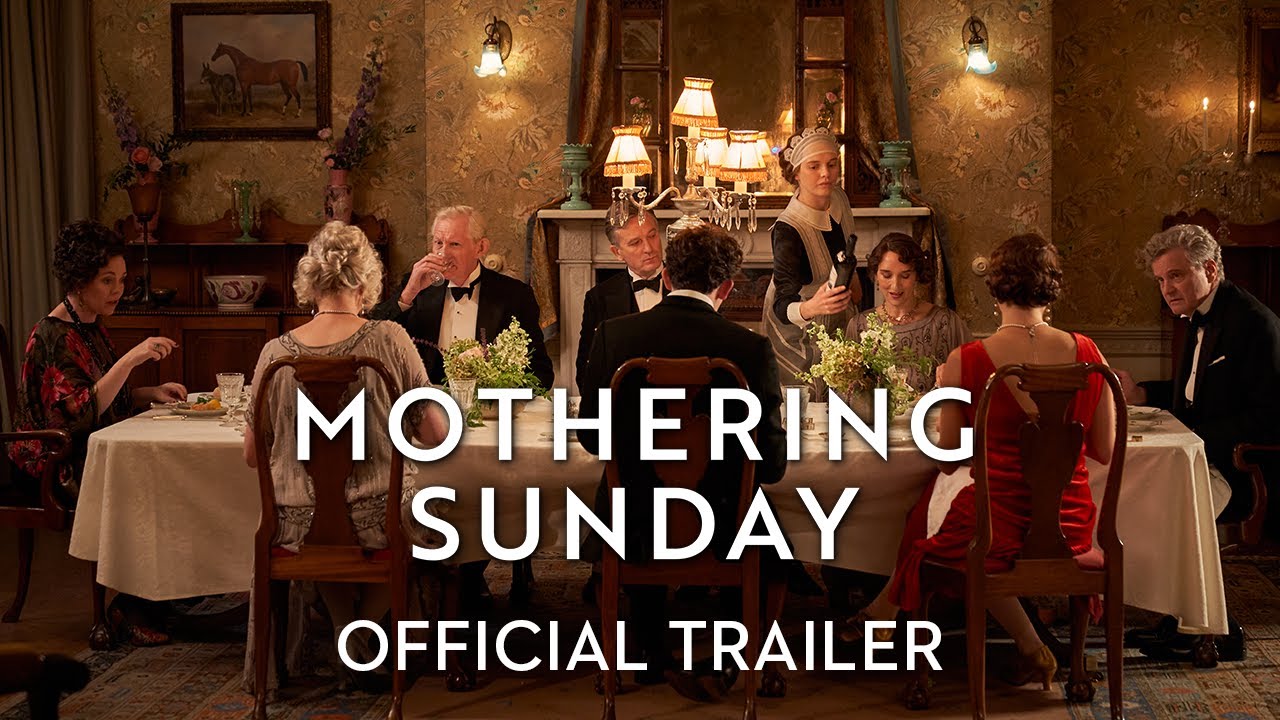 The first trailer was released for the film Mothering Sunday, which has made its rounds at the film festivals this year to much acclaim. The movie is based on the novel by Graham Swift, about a maid living in post-World War I England who secretly plans to meet with the man she loves before he leaves to marry another woman and begin the life he is expected to live.

The film stars Odessa Young and Josh O’Connor as the secret lovers, along with Ṣọpẹ́ Dìrísù, Glenda Jackson, Simon Shepherd, Olivia Colman, and Colin Firth. The romantic tale is directed by Eva Husson (Those for Whom It’s Always Complicated, Bang Gang, and Girls of the Sun) from a screenplay by Alice Birch, who is known for writing Succession, Normal People, and the upcoming dramatic thriller The Wonder.

“On a warm spring day in 1924, housemaid and foundling Jane Fairchild (Odessa Young) finds herself alone on Mother’s Day. Her employers, Mr. and Mrs. Niven (Colin Firth and Olivia Colman), are out and she has the rare chance to spend an afternoon of abandon with her secret lover, Paul (Josh O’Connor), the boy from the manor house nearby who is Jane’s long-term romantic love despite the fact that he’s engaged to be married to another woman, a childhood friend, and daughter of his parents’ friends. But events that neither can foresee will change the course of Jane’s life forever…“

Check out the trailer below, and watch Mothering Sunday in select US theaters starting on November 19th, 2021.