MAYHEM ENSUES AT THE WEDDING OF DOCTOR DOOM IN THE NEW FANTASTIC FOUR #32 TRAILER! 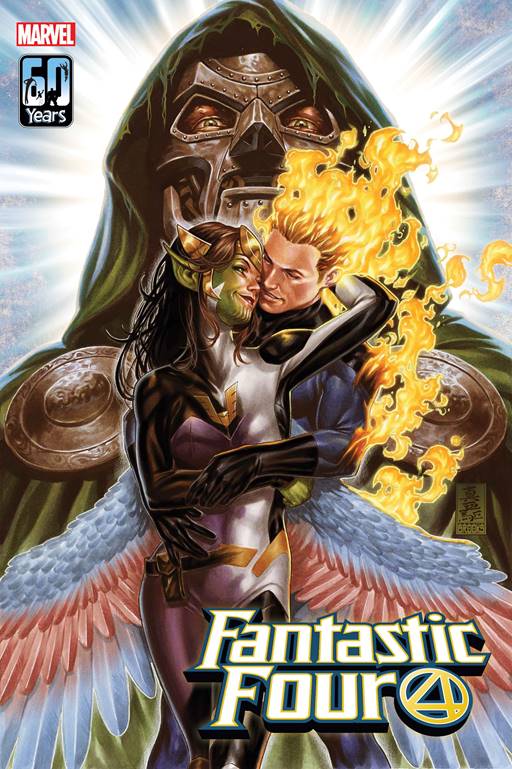 Mark your calendars, True Believers! On May 12th, you’re invited to one of the legendary weddings in Marvel Comics history: the wedding of Doctor Victor Von Doom! Just in time for the Fantastic Four’s 60th Anniversary, the latest arc in writer Dan Slott and artist R.B. Silva’s thrilling run on Fantastic Four will kick off in FANTASTIC FOUR #32. Packed with unpredictable twists that will change the first family’s dynamic forever, “The Bride of Doom” promises to join the ranks of the greatest stories in the Fantastic Four mythos.

Doom has finally found a bride worthy of his grandeur—the Latverian hero known as Victorious. But Marvel’s chief megalomaniac won’t be the only Fantastic Four character whose love life will be changed forever and his upcoming nuptials may lead to the division of Marvel’s First Family! Get your first look at the drama and high-stakes action that await(including a deadly duel between Reed Richards and Doom) in the all-new FANTASTIC FOUR #32 trailer, featuring never-before-seen artwork!

Don’t miss the first chapter of this epic new saga when FANTASTIC FOUR #32 hits stands on May 12th!