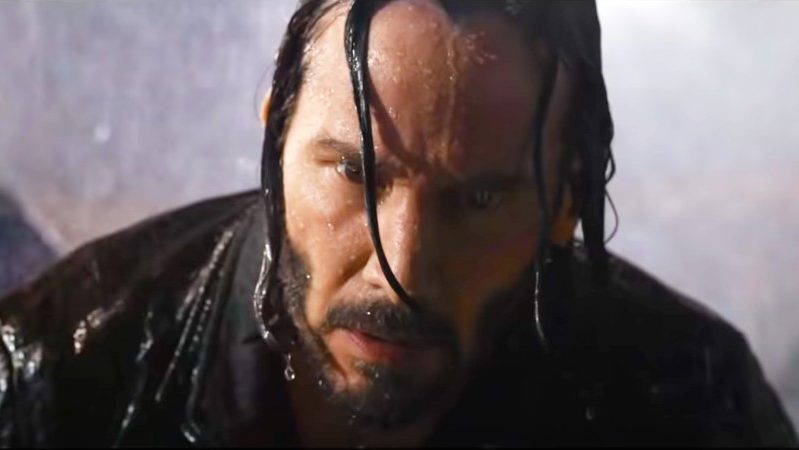 Warner Bros. has released a new trailer giving us a new look at Neo (Keanu Reeves) in the real world outside of “The Matrix.” The film is set to pick up 20 years after the events of The Matrix Revolutions, as we find Neo back in The Matrix living his seemingly normal life of Thomas A. Anderson and the real kicker is that he has no recollection of the events that transpired in the previous three films or the woman he loved, Trinity (Carrie-Anne Moss).

With Trinity also having no memory of Neo, things seem to be back to square one until Neo comes across Morpheus and is offered the “red pill” that slowly begins re-opening his mind to the truth of The Matrix and it sets Neo on the path he was always destined for as he fights to save humanity once again. Along with Reeves and Moss, we see some returning faces to the upcoming sequel with Jada Pinkett Smith reprising her role of Niobe, Lambert Wilson returning as The Merovingian, and Daniel Bernhardt returning as Agent Johnson. The newcomers to the franchise include Yahya Abdul-Mateen II who takes over the role of Morpheus that was previously played by Lawrence Fishburne. Other newcomers include Jessica Henwick, Jonathan Groff, Neil Patrick Harris, Priyanka Chopra Jonas, and Christina Ricci.

The film also sees co-writer and director Lana Wachowski who almost shelved the project due to the pandemic causing multiple speed bumps, but was eventually convinced by the cast to continue working on the film and was finished at the end of 2020 with a release date looming for this month with a simultaneous release in theaters and HBO Max. Check out the new trailer below that offers parallels between the upcoming film and the three films that came before it.