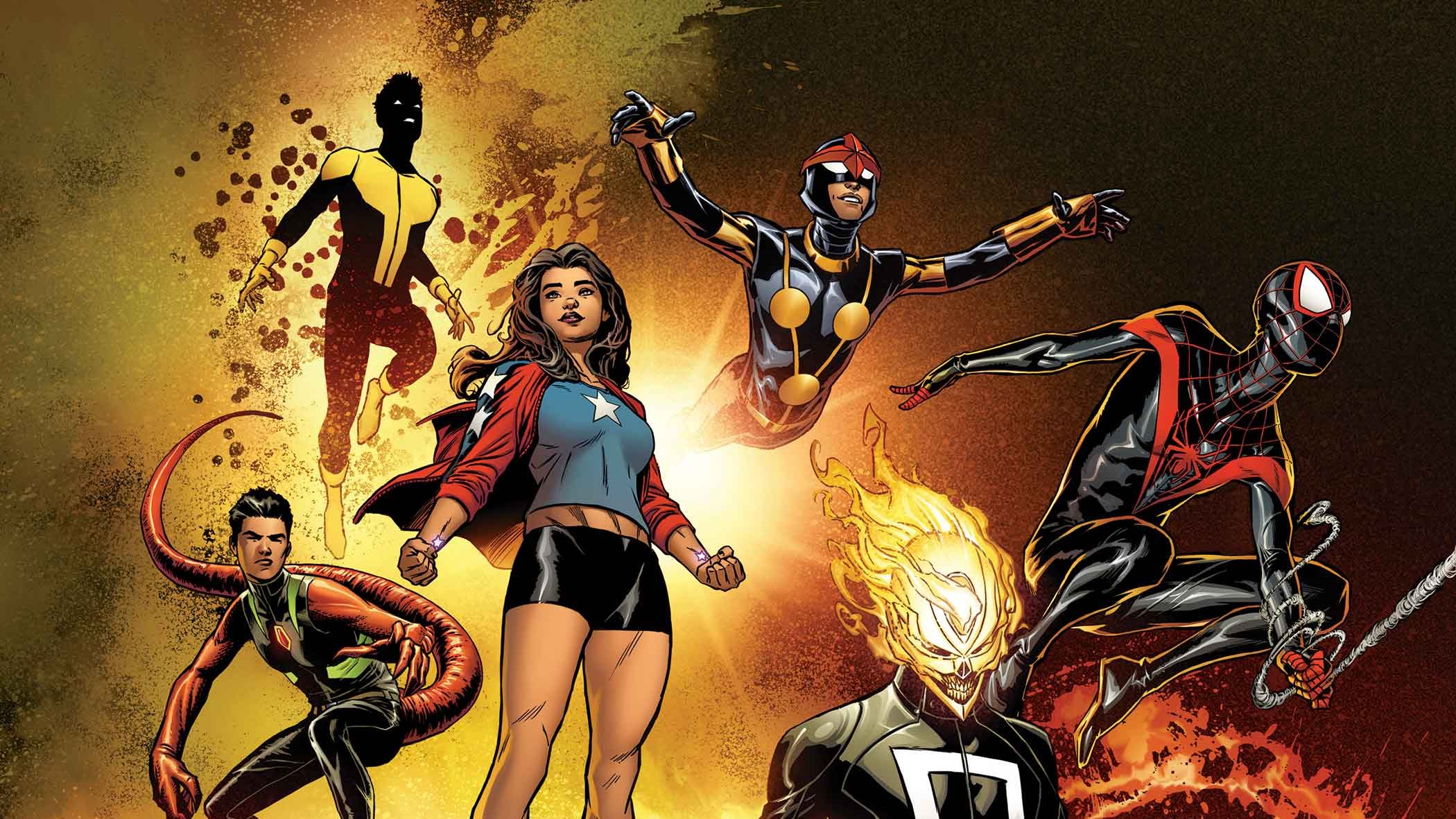 This October, Marvel Comics is proud to present MARVEL VOICES COMUNIDADES! This latest one-shot in the groundbreaking Marvel’s Voices series will continue the tradition of highlighting the cultural richness of Marvel Comics and uplifting new voices in the comic book industry. Following the success of MARVEL’S VOICES: LEGACY and MARVEL’S VOICES: PRIDE, MARVEL’S VOICES: COMUNIDADES will turn the spotlight to Latinx heroes and creators from the Marvel Universe.

These all-new stories will feature thrilling adventures of some of Marvel’s most popular heroes while celebrating the range of their cultural heritage as told by fan-favorite writers and artists and those making their Marvel Comics debut.

Stay tuned for information on the other stories in this collection including works by Karla Pacheco, Alex Segura, Leo Romero, Edgar Delgado, Nico Leon, and more!

“Marvel Voices has been an amazing force in comics, letting creators from so many backgrounds bring our heritage and identities to Marvel stories,” Pacheco, who recently penned a Marvel’s Voices essay for Marvel.com, said. “I’m honored to bring this very personal story from my own childhood to the book through Robbie Reyes.”

“This is such an excellent project, and I’m very happy to get to be part of it,” Older said. “I’ve read all the Marvel’s Voices collections and loved them, so it’s great to be able to write for one! ¡Pa’lante!”

“Marvel Voices is such a unique project that I feel really drills down on the core Marvel tenet of reflecting the world outside your window–so when the opportunity came to help put together Marvel Voices: Comunidades and celebrate the Latinx community, I couldn’t have been more excited,” Co-Editor Lauren Amaro said. “And that excitement only continues to grow as story pitches continue to roll in–trust me, you’re not going to want to miss out on what this talented group of creators have got cooking up!”

Marvel’s first Latino super hero, White Tiger, was created by writer Bill Mantlo and artist George Pérez in 1974’s DEADLY HANDS OF KUNG FU #19. Since then, Marvel has introduced many heroes of Latino-descent from a multitude of different backgrounds including current stars such as Miles Morales, America Chavez, and Reptil. Join us in celebrating these heroes and many more when MARVEL’S VOICES: COMUNIDADES #1 hits stands on October 20th! For more information, visit Marvel.com.