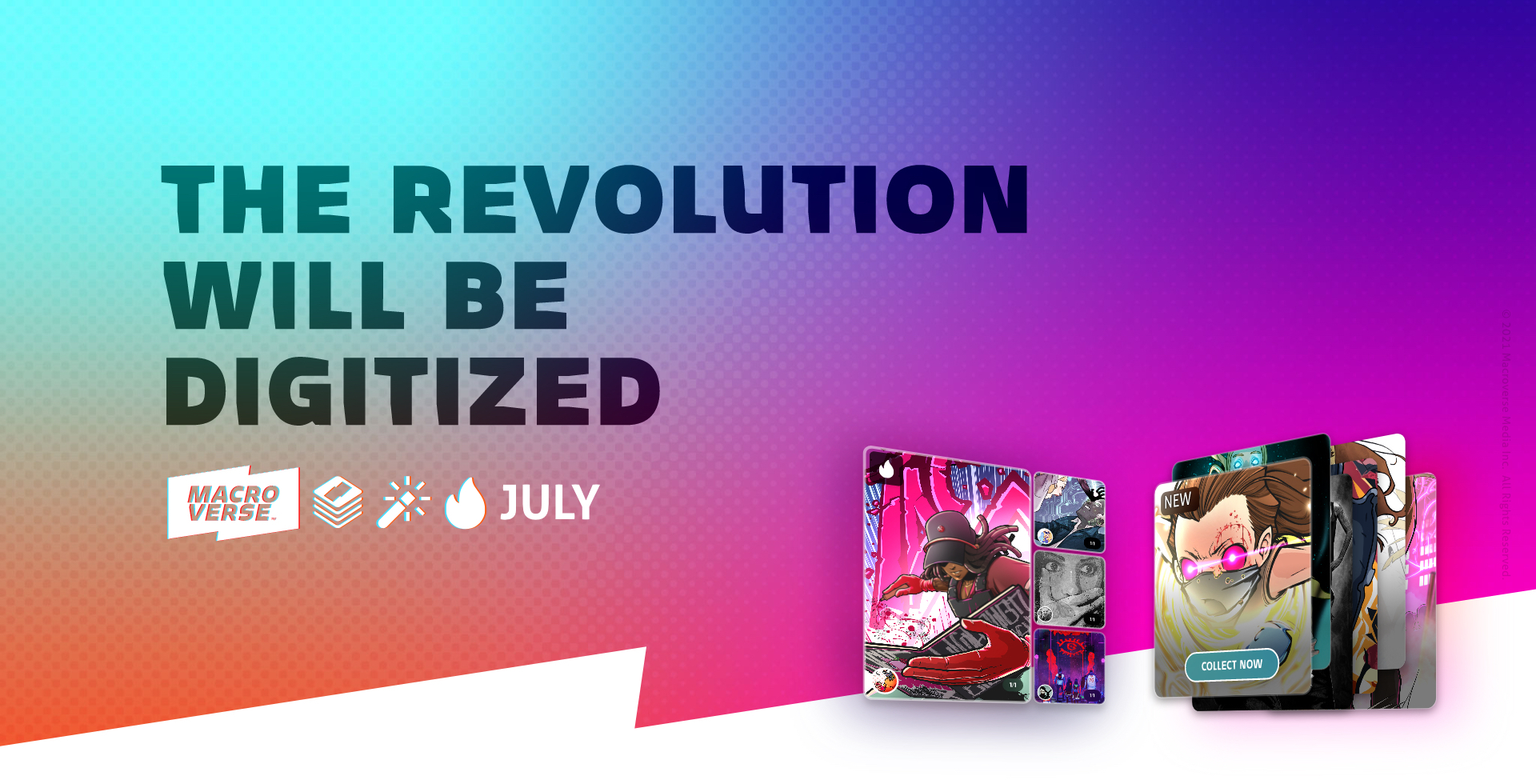 This brand new community is said to be designed to empower creators in an all-in-one creator economy. You may be asking yourself, well, what is Macroverse Epics? Well, it’s pretty simple, these are complete stories + the creative process that goes into the project. Instead of getting a single-issue, you are getting that and the concept art, the process work and more and it’s geared to highlight the creative process of these comics for collectors of NFT.

Each project will be built through covers, story concepts, the creative process, audio and much more. This will include rare and exclusive availabilities that is meant to increase it’s value over time. This is the happy medium for readers and collectors.

This new adventure from Macroverse is available to sign up for early access and Macroverse encourages collectors and creators to sign up, which you can do here. This opportunity is set to kick off this month and it is on a first-come, first-serve basis and it comes with an incentive for collectors who sign up early, gaining early access to the unique items on the platform.

“I’ve been collecting comics since I was a kid, so bringing true rarity and collectibility to the DIGITAL world is incredibly exciting,” said co-founder Eben Matthews. “What we’re doing gives everyone access to that component of what comics have always been, in a way that is unique for both creators and fans.”

This is a testament to the quality of work that will be available on a short term basis, but much like Kickstarter and other platforms designed to help smaller creators build their way up, Macroverse Epics is a great opportunity for fans and collectors to get the opportunity to get an experience from creators on an early basis that could eventually turn into a very rare piece of memorabilia.

THE LEGENDARY LARRY HAMA RETURNS TO HIS WOLVERINE RUN IN X-MEN LEGENDS #7!