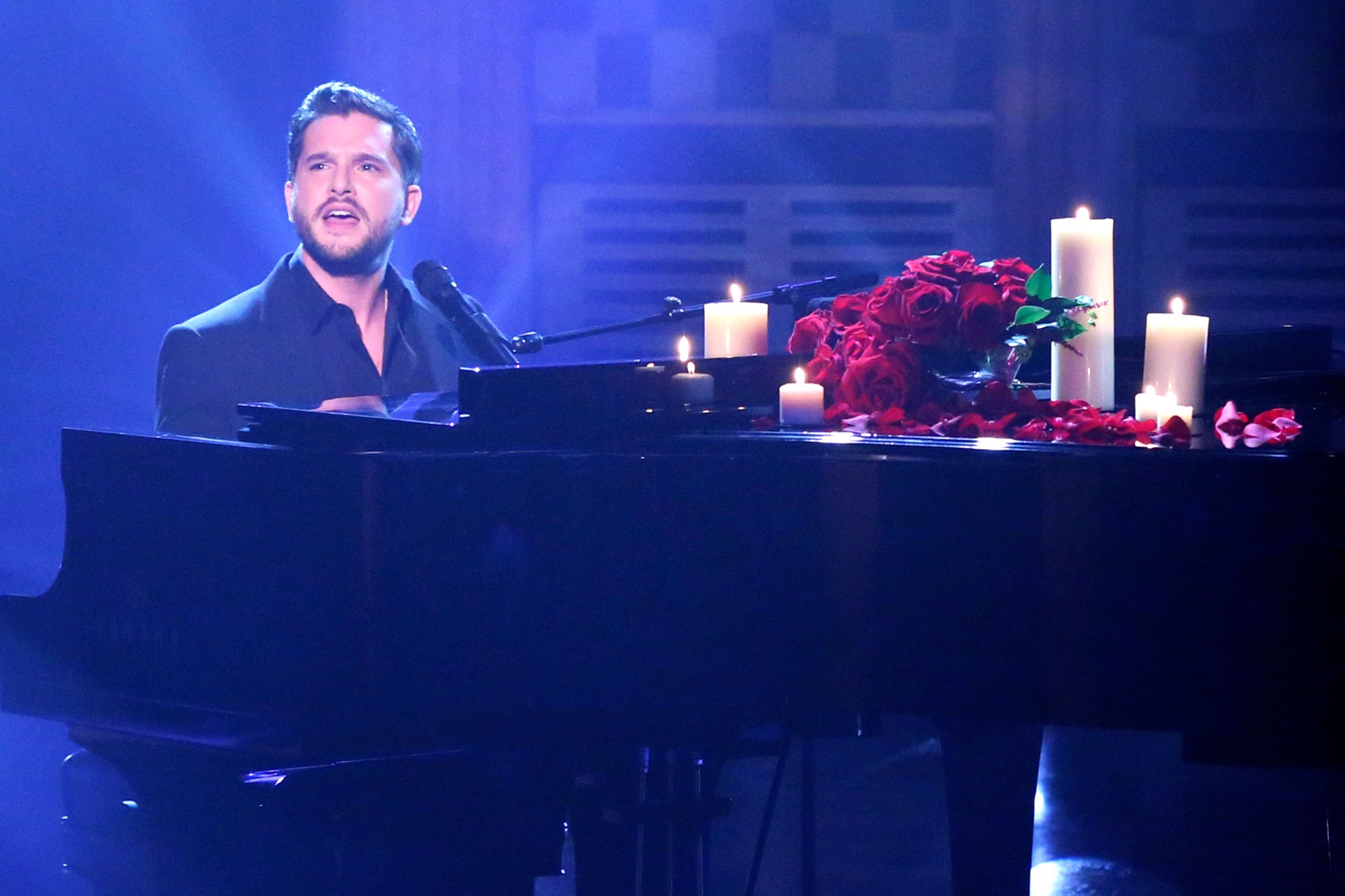 Kit Harrington has gone from slaying White Walkers to slaying late night white whales as Jimmy Fallon says in the video it’s the bit that nobody would agree to do, but Harrington does it, and truthfully nails it!

The actor appeared on The Tonight Show Starring Jimmy Fallon, which was celebrating its iconic 1,500th episode, and in true Fallon fashion, the celebration for the milestone included a very special performance that included Harrington and a piano.

“Something special is about to happen,” Fallon said, explaining the simple idea behind the bit, called “Straight Up Goes for It”: Someone comes out on stage and sings the song “Drops of Jupiter” by Train. According to Fallon, the sketch was a “white whale” that he had pitched for years, but no guest —musical or otherwise — had ever wanted to take the risk. Until now.

“We finally have someone who has the guts to do it,” Fallon said, then proceeded to present the non-singing, non-piano-playing Harington. Harrington showed us why we still should bend the knee for the former Game of Thrones star as he owns the bit and really goes for it.

“I had a lot of thoughts when you sent me that — like, a lot,” Harington admitted to Fallon when he sat down to talk about the second season of Amazon’s Modern Love as well as his experience filming Marvel’s upcoming Eternals. “And the sensible part of my brain, the bit that said, ‘You’re not a singer, you have no connection to this song, it’s of no relevance to anything you’re talking about on the show,’ said don’t do it. But there was another little part of my brain, right? The bit that gets me in trouble that was like, ‘But what if you’re brilliant? What if it opens up whole new vistas of a career in singing?'”

Still, Harington admitted that “10 seconds before I started, that same little part of my brain said, ‘You shouldn’t have done this.'”

Well, Kit. You may regret it, but everyone who watched this totally loves you even more for this dude! Enjoy the full performance below!