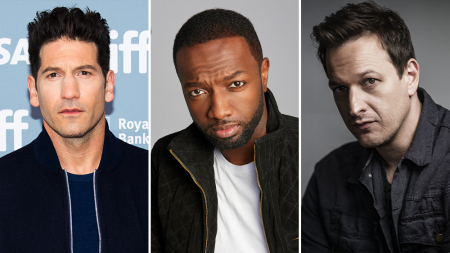 Jon Bernthal, Josh Charles, and Jamie Hector are set to star in the upcoming HBO limited series We Own This City from the team behind The Wire. Reinaldo Marcus Green has also been hired to direct and executive produce the series.

The six-hour limited series is based on the book of the same name by Justin Fenton, and it will be a “chronicling the rise and fall of the Baltimore Police Department’s Gun Trace Task Force — and the corruption and moral collapse that befell an American city in which the policies of drug prohibition and mass arrest were championed at the expense of actual police work.

Bernthal will take on the role of Sgt. Wayne Jenkins of the Baltimore Police Department, “perhaps the central figure in the sprawling federal corruption case that centered on the agency’s Gun Trace Task Force. The plainclothes unit went completely rogue and began hunting and robbing citizens and drug dealers alike as decades of a relentless drug war and mass incarceration in Baltimore spun wildly out of control.”

Hector will play Sean M. Suiter, “a Baltimore City Homicide detective who was caught up in the GTTF case and called to testify before a federal grand jury. Tragically, Suiter finds he can’t outrun his past.”

Charles will play Daniel Hersl, “a cocky, swaggering cop known amongst Baltimore residents for his casual brutality who was the subject of multiple citizen complaints. Hersl was effectively banned from the Eastern District before his move to the GTTF.”

I have definitely had some Bernthal withdrawals since losing him as Frank Castle, so I am all for this.