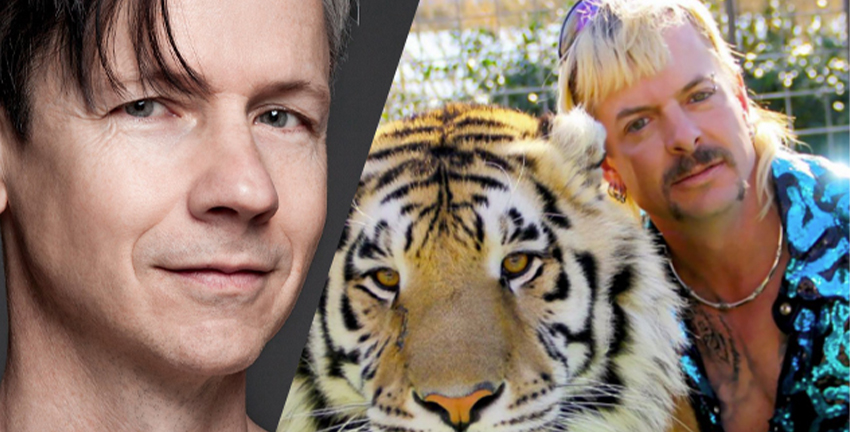 Mitchell will play Joe “Exotic” Schreibvogel, the larger-than-life zoo owner in Oklahoma who loses himself in his hatred for Carole Baskin (McKinnon), a big cat activist and sanctuary owner working tirelessly to take down animal abusers.

“I’m thrilled to take on the role of this modern folk antihero,”

“Joe and I are the same age and like him, I grew up queer in Texas, Oklahoma and Kansas so I feel like I know a little bit about this guy and his desperate attempt to conquer an inhospitable world.”

The limited series centers on Carole Baskin (McKinnon), a big cat enthusiast, who learns that fellow exotic animal lover Joe “Exotic” Schreibvogel (Mitchell) is breeding and using his big cats for profit. She sets out to shut down his venture, inciting a quickly escalating rivalry. But Carole has a checkered past of her own and when the claws come out, Joe will stop at nothing to expose what he sees as her

“It’s clear that an over-the-top character like Joe needed someone very special,”

“We are so excited to have John Cameron Mitchell, an adored icon of the LGBTQ community, take on this compelling role. His casting speaks to our ongoing vision of universal storytelling, and we can’t wait for our audiences to experience the show.”

Ethan Frankel will write and executive produce the series along with McKinnon, Hernan Lopez, Marshall Lewy, and Aaron Hart.

This is one of two projects centered on Joe Exotic, the second being the project that has Nicolas Cage starring as Joe Exotic, which is being developed by Amazon.