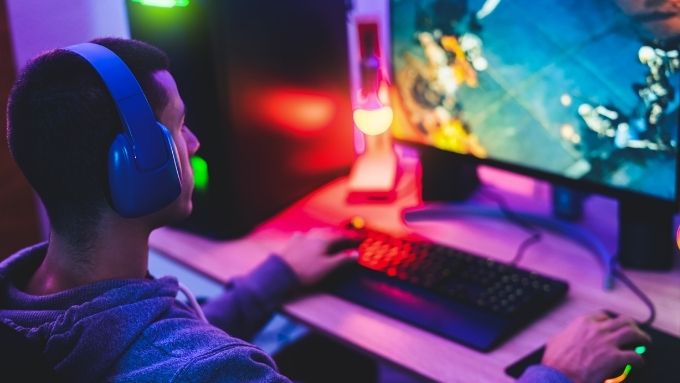 Video game streaming has become a booming industry in the last few years. If you’ve decided to get in on the craze and want to try to make it big, there are a few things you’ll need to do. We’re going to assume that you already have all the right gear to play and stream your games, so this guide on how to work toward becoming a popular twitch streamer will focus more on the things that you need to do personally.

When you first start on Twitch, you’ll notice you can identify your channel with quite a few categories. While we’re focusing on gaming, you can apply this tip to any type of streaming. One thing you might have heard about streaming is that you need to pick a game and stick with it, but that’s not entirely true.

You can bounce around games a little bit and follow the trends, but it is a good idea to find a niche and try to stick to it when you’re new. Once you’ve built yourself a loyal following, you’ll be able to open up and explore some new horizons without viewership.

Set Your Style and Brand

The best way to get people more interested in you than the games you stream is to create a specific style and brand that makes you stand out. With so many other streamers on the platform, you need to do something to prove to viewers that you’re the one worth watching. Maybe you have an edgier style of comedy, or you like to wear ridiculous outfits. Just make sure you avoid certain style choices if you use a green screen.

Of course, there are other ways to make yourself stand out, but you should focus on being unique. Just figure out what works for you and your audience and move toward creating a brand based on it.

One of the most important parts of this guide on how to work toward becoming a popular twitch streamer is to get consistent with your streaming schedule. In order to gain traction, your followers need to know when you’ll be on so they can plan to watch you. Maybe they’ll try to catch some of your stream during a lunch break or after a long day of school or work. Some times of the day will be better than others, but as long as you let people know when you’ll be on, you’ll be more likely to have viewers.

Interact With the Community

Finally, make sure you interact with the community. While talking to your chat during streams is a must, you’ll also want to reach out to other streamers, get involved in their communities, and set up times to game with them. The more you put yourself out there, the more your own viewership will go up.