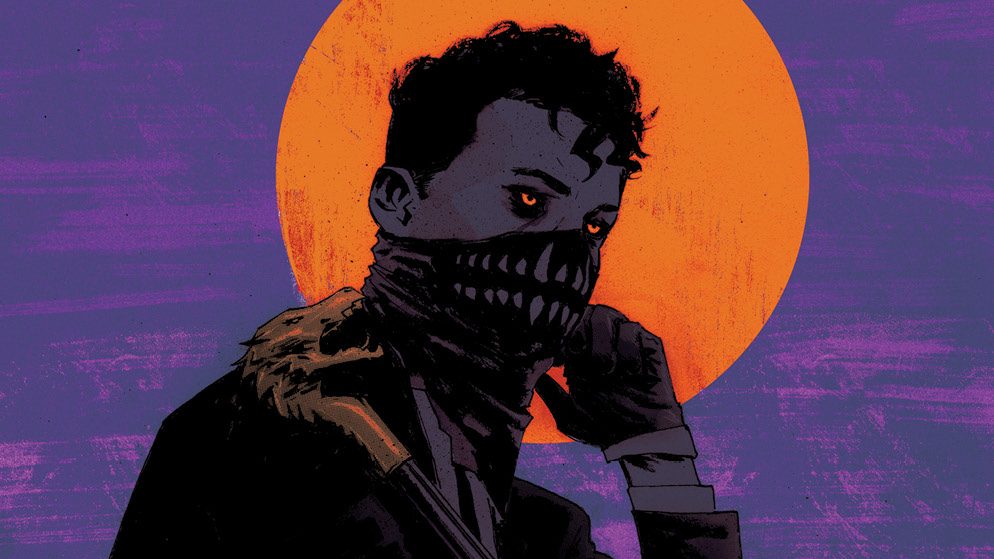 Boom! Studios has been the home to the acclaimed series Something is Killing the Children and it’s been a series that has received much praise from comic book fans and critics alike. The original series saw a mysterious monster hunter by the name of Erica Slaughter makes her way to a small town whose children have fallen victim to a series of disappearances and murders. If you have kept up with the series, you will know that this is where we are introduced to the house of slaughter and it raised many questions about Erica’s origin and the house. Luckily for us, the spinoff series House of Slaughter has found its way to us in the form of a spinoff series.

The premiere issue of the new series reintroduces us to a character from SIKTC, Aaron. The issue starts off in present-day as Aaron is out hunting monsters, because well that’s what they do. It doesn’t take long before we are shot back 15 years and we see a much younger Aaron. This works in the favor of a spinoff series as it gives returning readers some more meat on the bones to chew on as we learn more of the SIKTC universe and it creates an entry point for new readers to dive in and not feel like they walked in halfway through an M. Night Shyamalan movie. Aaron is a compelling character in his own right and to see the light shine on him gives both current and new readers an interesting character that shares connections to the original universe, but doesn’t lose the new audience while doing so. Kudos to James Tynion IV and Tate Brombal for the genius balancing act and killer start of an origin story.

Something that really resonated and excited me was the introduction of the different masks in the universe. Who are the White Masks? Why is there so much uneasiness and tension between the white and black masks? These were just a few of the questions that this issue arose for me as we see the young and brittle Aaron struggle to earn his teeth within the order. This is a different Aaron than who we met before and you cannot help but feel sympathetic to him and in ways relate as we have all struggled to be liked or fit in at times. Tynion and Brombal again do a superb job of setting the groundwork for Aaron, his struggles, and still making room to not introduce characters but introduce compelling characters and the relationships Aaron has with them. Not much is left to the imagination as these characters make their feelings towards Aaron and other things well known and we get a clear picture of where everyone stands in a short amount of time.

The art and lettering are not to be ignored as the linework, coloring, and lettering all stay true to the aesthetic we have come to love from SIKTC. The detail put into every panel is sure to make you spend some extra time just absorbing the world visually in appreciation of the realism that is delivered. The creative team behind SIKTC set a high bar, but that does not seem to be a problem for House of Slaughter as it jumps onto comic book shelves honoring the universe it was born from and creating its own identity all at once. There is no lack of depth and this new series sinks its teeth into readers with a compelling premiere issue that delivers. It doesn’t take long to realize why this series put up the numbers it did. If you are lucky enough to find a copy. Pick one up.