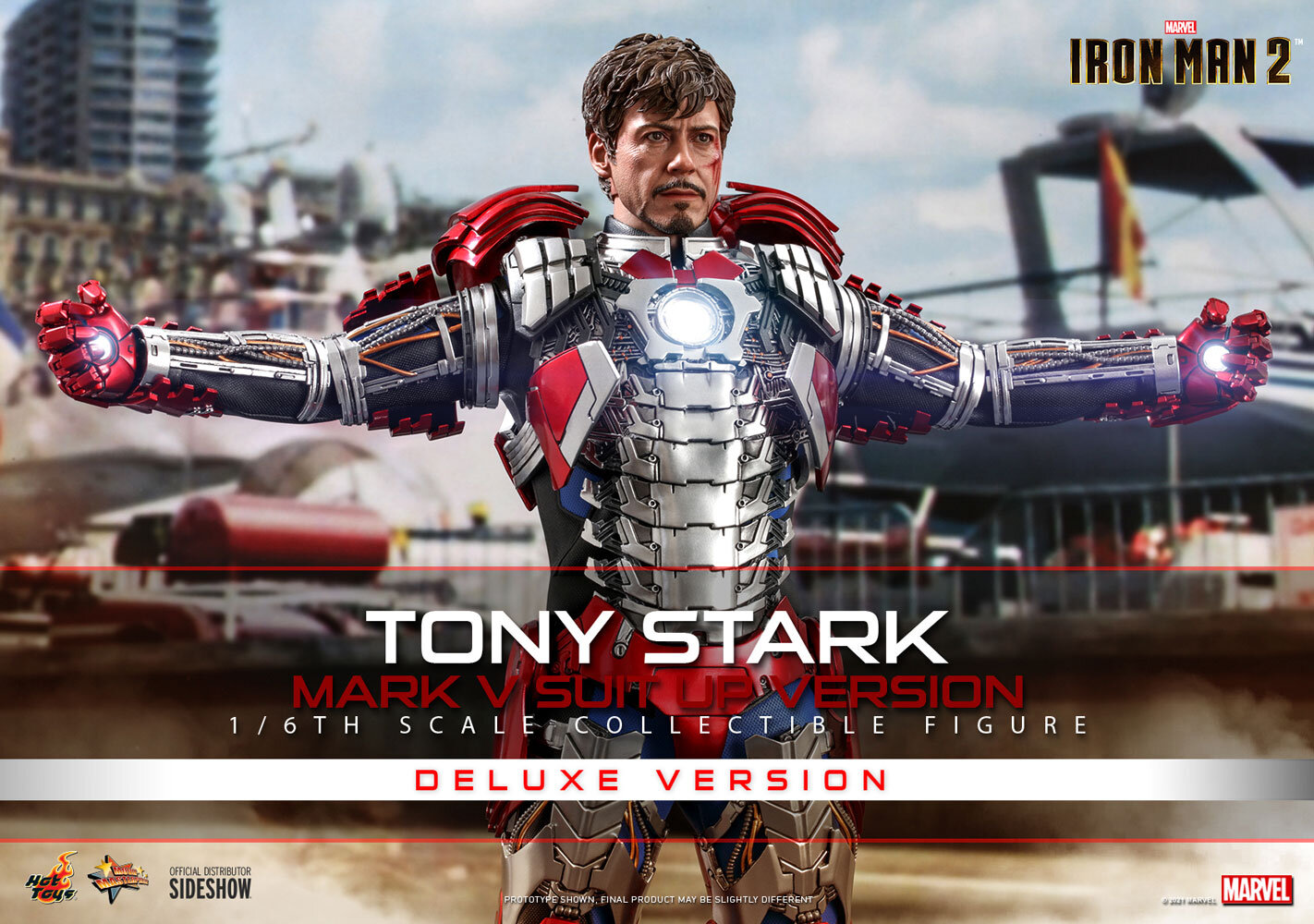 The iconic scene of Tony Stark suiting up in his Mark V armor during the Monaco race can now be in your home with this new collectible figure from Hot Toys.

The movie-accurate 1/6 scale figure from Hot Toys features an LED light-up Arc Reactor and forearms, the figure comes with individual elements for the Mark V armor that attach for the suit-up looks. You can pre-order your figure now from Sideshow for $405.

During his vacation to Monaco, Tony Stark found himself in dire need of the Mark V armor when Whiplash attacked him in the race circuit! Despite the dangers, Happy Hogan and Pepper Potts delivered the portable armor in a suitcase, which allowed Tony to defeat the villain with a near-perfect command of energized whips.

In addition, the deluxe version includes a stunningly detailed metallic red and silver Mark V suitcase with articulated function, displaying intricate compositions after expanding, comes with more assembling parts that especially for this suitcase, to recreate the scene to a full extent.

Suit up with the Tony Stark figure by today. It’s a must-have for fans of Iron Man!

Take a look at the photos below and bring a piece of the MCU to your home!