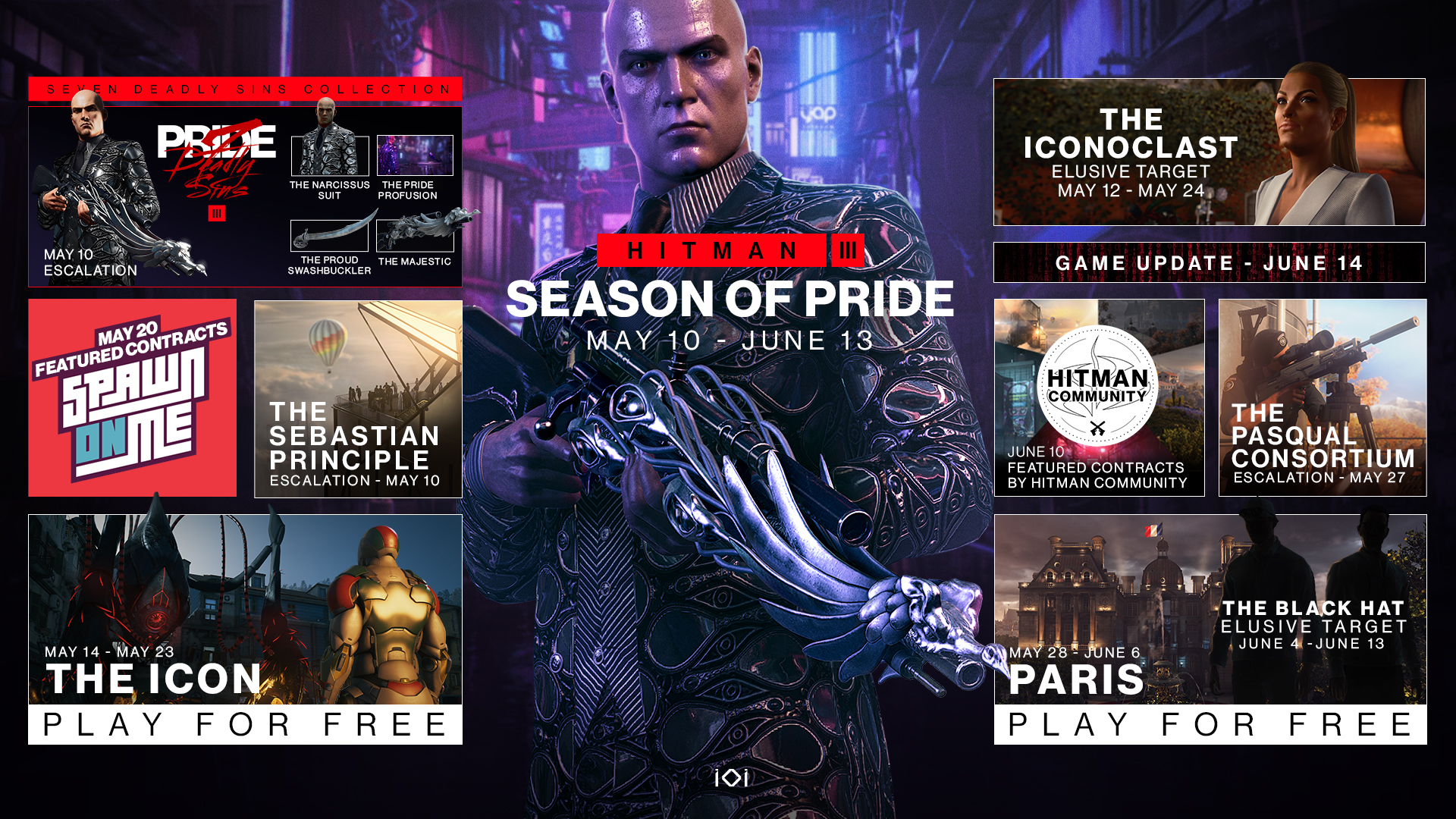 IO Interactive released a roadmap for Season of Pride showcases free new events and updates, plus additions from the Seven Deadly Sins DLC.

The new season will start off with the new Pride Profusion Escalation mission. The mission will give you an opportunity to unlock new gear for Agent 47. New gear will include the Narcissus Suit, the Proud Swashbuckler Sword, and the Majestic sniper rifle. It all kicks off on May 10th, 2021.

The Pride DLC will also give players access to certain other levels from the World of Assassination trilogy, like The Icon, a bonus mission where you’re tasked with taking out a movie star, and Paris, the fashion show mission from Hitman (2016). Both of these missions will be free for everyone who owns Hitman 3 and the Hitman 3 Starter Pack.

Hitman 3’s Season of Pride begins on May 10 and will run all the way until June 13. Take a look at the list of content and the trailer below.