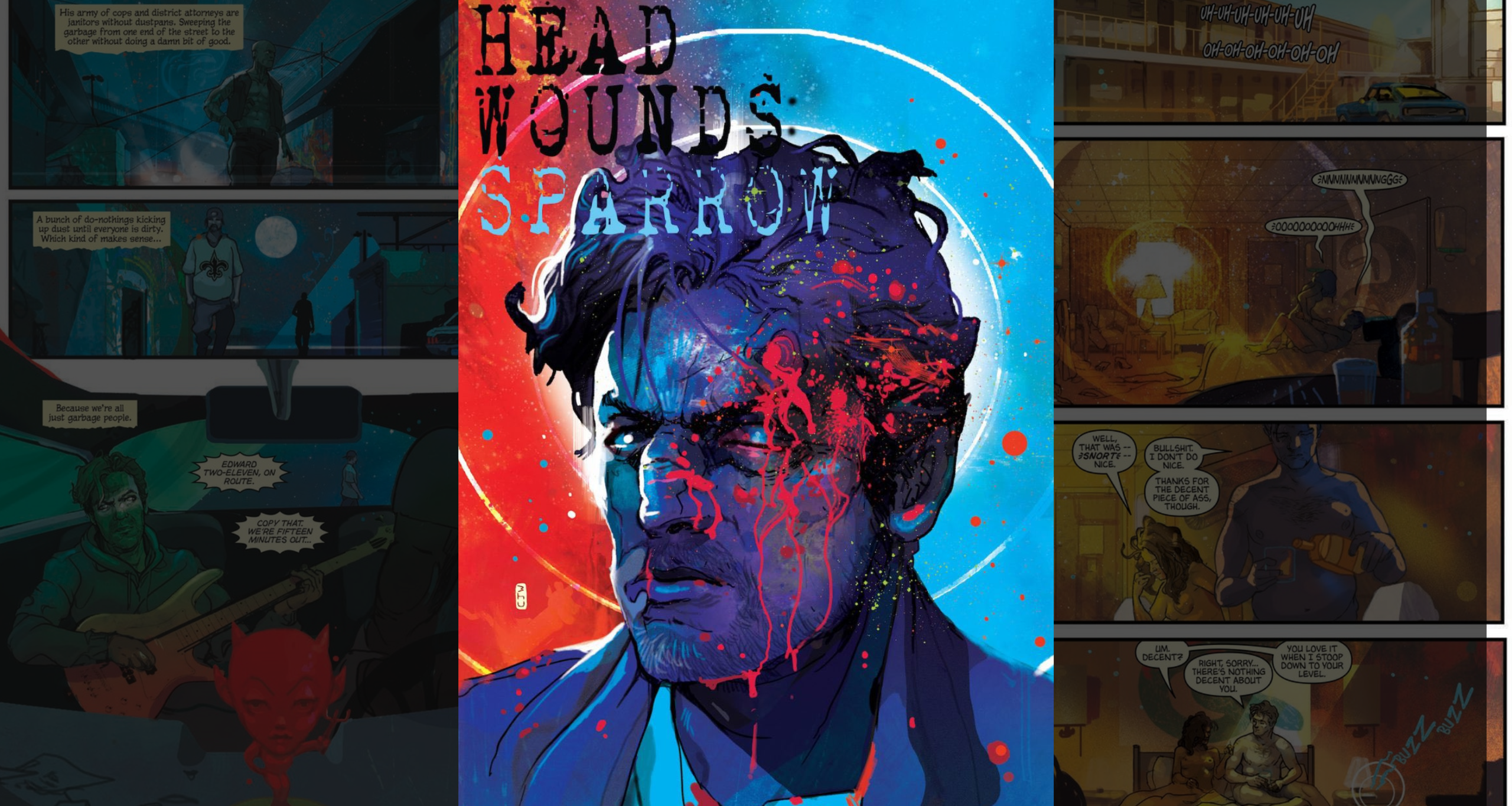 Legendary Comics announced that they are debuting a Kickstarter campaign for the graphic novel Head Wounds: Sparrow. The graphic novel was developed by Moon Knight star Oscar Isaac & Jason Spire, written by Brian Buccellato, story by Robert Johnson & John Alvey, art by Christian Ward, and was created by Robert Johnson. The Kickstarter campaign comes packed with exclusive rewards that fans of any of these creators are sure to enjoy.

“Tangled up in the battle between Good and Evil, a crooked Louisiana detective with a higher purpose must psychically suffer the wounds of those he’s sworn to protect until he brings their assailants to justice. No one would call Leo a good person – much less a good cop. But when his best friend is shot in front of him, he wakes up with a hole in his own head that only he can see, and a host of mysterious strangers calling on him for action.

Most people go about their daily lives ignoring or unable to see the divine battle for Good and Evil raging around them, but it has just become very real for Leo. As angels and demons vie for the fate of humanity, he must choose a side or risk seeing everyone and everything he has ever known destroyed as the stakes get higher and higher. As Leo sees the true faces of the people around him he must decide – will he do what’s best for him alone, or follow a higher purpose?”

“I think there is something about this particular medium that allows such incredible world building and allows you to really express and juxtapose ideas that you can’t in other mediums. Marrying my love of comics with this specific form of storytelling, I am excited to bring ‘Head Wounds: Sparrow ‘to fans.”

“When Oscar, Jason, Robert and John brought us the story of Head Wounds: Sparrow, I was immediately hooked by the mixture of grounded ‘70s cinema themes and fantastical elements, but at its core this is a very personal and character-driven story. When Brian and Christian entered the mix, I knew we had put together the perfect team to bring Leo’s journey to life.”

The graphic novel packs a creative team with immense talent and multiple awards to their name and Isaac is hands down one of the biggest stars in Hollywood right now. Throw in the killer story concept and rewards and this is definitely a Kickstarter that many will be after.

Head Wounds: Sparrow is live on Kickstarter right now. Check out the trailer below and be sure to visit the official Kickstarter page here: