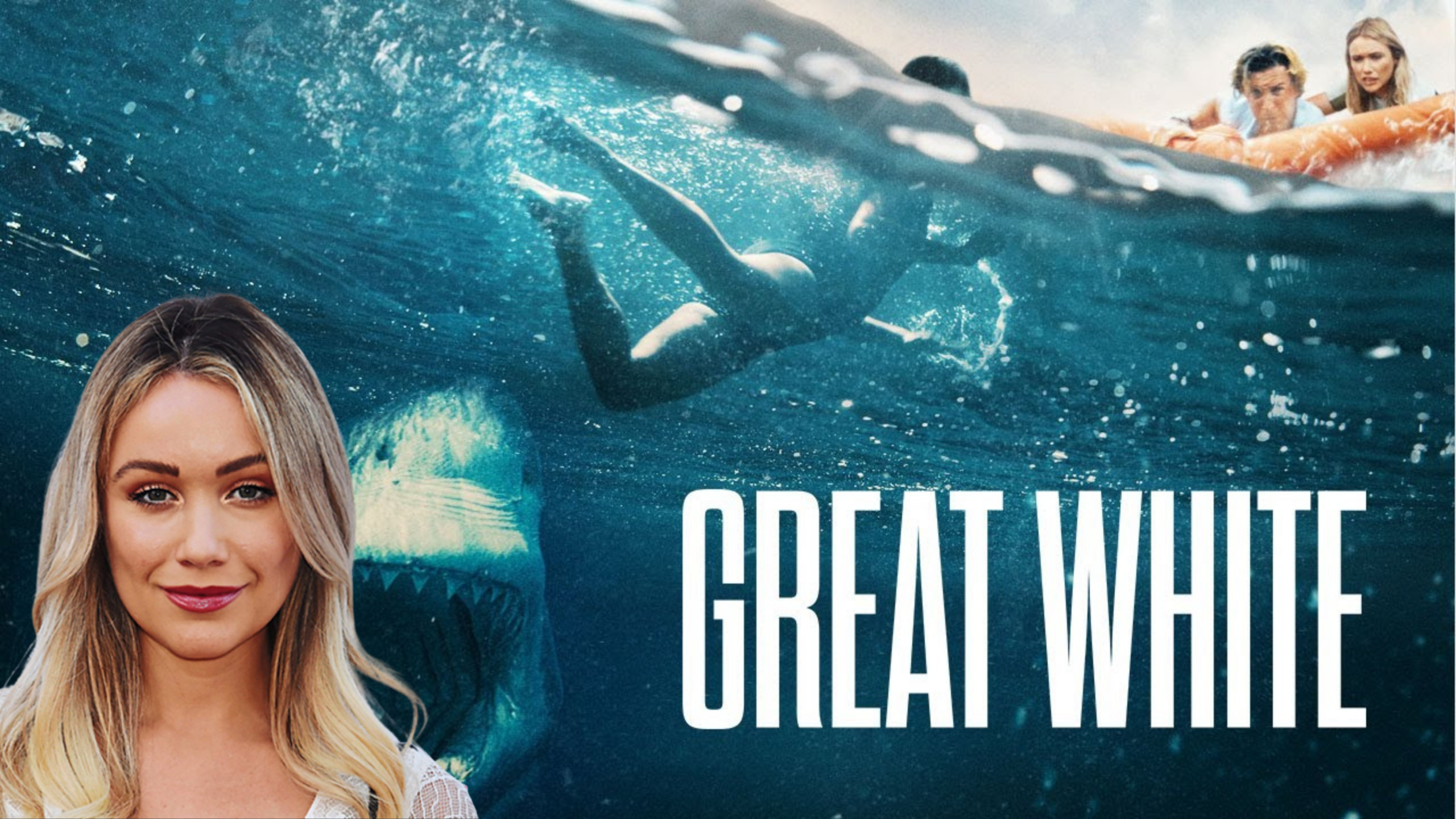 RLJE Films and Shudder have released a trailer for a new shark attack survival thriller titled Great White. It’s another one of those “fun tourists trip goes horribly wrong” films.

In the film, “A fun filled tourist flight to a remote atoll turns into a nightmare for five passengers when their seaplane is destroyed in a freak accident and they are trapped on a raft, 100 miles from shore with man-eating sharks lurking beneath the surface.”

Great White will be released this summer on July 16th.