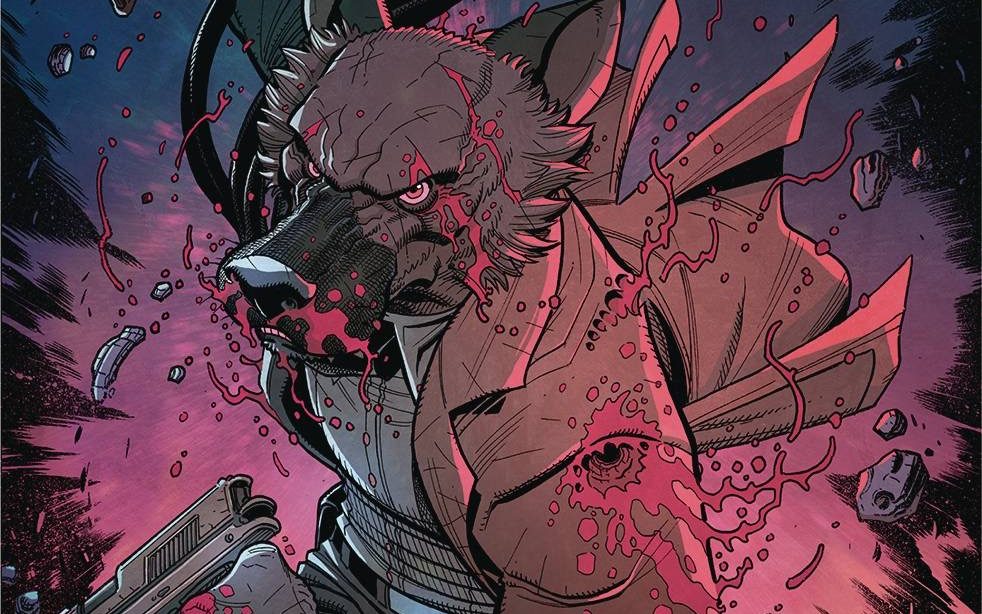 GOOD BOY #1 Review: A Tribute To Popular Action Genre Clashes With Ingeniousness To Give Us An Unorthodox Universe That Packs A Big Bite, But Leaves You Wanting More.

It’s hard to find anyone who doesn’t enjoy the John Wick films, let alone someone who hasn’t seen them at least a handful of times. Now, when it comes to films, I can tolerate just about any amount of violence or gore and I’m cool with it, but you harm one hair on a dog or any animal for that matter and it doesn’t sit right with me, so you bet your butt I was all for Wick going ape s*%t on these guys for killing his dog while I sit there reminding myself the dog was just a paid actor doing his job because he’s a good boy.

Well, a few years ago I came across a parody video showing an alternate reality where John Wick dies and his dog is the one seeking revenge. Now, I call it a parody because it was a video of what looked to be a Jack Russell with guns CGI’d to his paws and we saw cuts of the dog instilling justice ‘Guns Akimbo’ style.

This leads us to Good Boy #1. Where we see a similar scenario of what closely resembles the plot of John Wick and we see John fall and his dog seeks revenge, but trust me when I tell you, this is no parody. They take on the grit and ballsy approach of John Wick and blends it with anthropomorphism. I don’t want to make you feel like they’re writing a comic that is just a John Wick what if scenario. The comic stands on its own two legs, or paws for that matter.

Gunn, Blanch and Wallis took an idea and use that as a building block to create an action-packed almost noir style universe that to me resembled something along the lines of Black Sad. It’s an homage to a fantastic story and the action genre with all the originality and jazz that Gunn, Blanch and Wallis bring to the table. The world they build is immersed with what we know and normalizes what we don’t. A walking, talking dog with a gun in a pretty sweet suit is something that would normally drop some jaws and have us doubling down on therapy, but in this world, it’s like a page from Fables where reality and fantasy intertwine while sometimes acknowledging how crazy the idea really is.

Now, it doesn’t take long before we see action in the comic and the creative team as a whole really shines here, the character designs, the line work, inks and colors all blend together and create the perfect recipe to make this a standout comic jam-packed with beautifully put together action panels. It’s almost choreographed similar to what you’d expect to see in a film, yes, you have two people working the action sequences, but it takes an entire team to create a seamless and well designed choreography and that’s exactly what we get here.

Letterers in my opinion are often unsung heroes in the comic book industry. It’s something that many readers take for granted, but lettering is the bow that ties the entire present together. Have you ever tried reading a comic with lettering that just doesn’t flow? I’m not saying there’s bad letterers out there, hell, who am I to judge, but it’s almost like chemistry and Good Boy is a perfect example as Lentz immerses the lettering in the action panels with Wallis’ work.

Overall, the premiere issue sets a very exciting premise to what is a nod to John Wick, but has the tools and creative team to expand this into its own universe that could go in any direction. One thing is for sure, Good Boy packs a hell of a bite and adds originality to an already successful idea. In a world where dogs are equal to humans, this three issue mini-series has no equal.