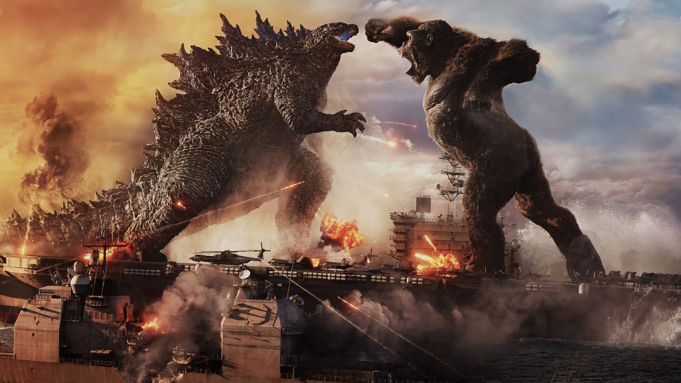 Godzilla vs Kong logged the best Covid-era start for a Hollywood film at the international box office last weekend, and it continued to surge with Warner Bros/Legendary Entertainment’s monster brawler bringing in $285.4M worldwide through Sunday.

This is truly quite an impressive haul at the box office considering that Warner Bros. released Godzilla vs Kong simultaneously on HBO Max on release day. Personally, I have seen the film three times, and plan on watching as many times as I can on HBO Max before it’s pulled from the library. Although, in my opinion, not the best entry in the Godzilla/Kong universe, This film really delivered. It was by far the least shocking turn of events, as we all expected this to turn into a team up, but it still managed to satisfy so many fans. Godzilla looked scarier than ever, humans played a much larger role in this film, rather than just being ants caught in the crossfire, and as I came to expect, humans, as always are the biggest enemy and threat to this world. (talking movies here people) Kong was surprisingly my favorite character, I went in fully rooting for the good ‘ol king of monsters and found myself completely attached by Kong’s personality. How they humanized a gorilla the size of a skyscraper is beyond me but I found myself rooting for good ‘ol Kong through and through and watching him tear Mechagodzilla to pieces had me almost jumping out of my seat in excitement, although, I can’t recall ever seeing so much chaos and destruction during a fight. Can we get a status update on Hong Kong? Is there even anything left? Besides the fact, Kong channeling his inner Kratos and beating the living crap out of everything with his axe was something truly amazing to see. I hope the success really opens up this universe to more team ups, stand alone, films, animated films, give me all of it!