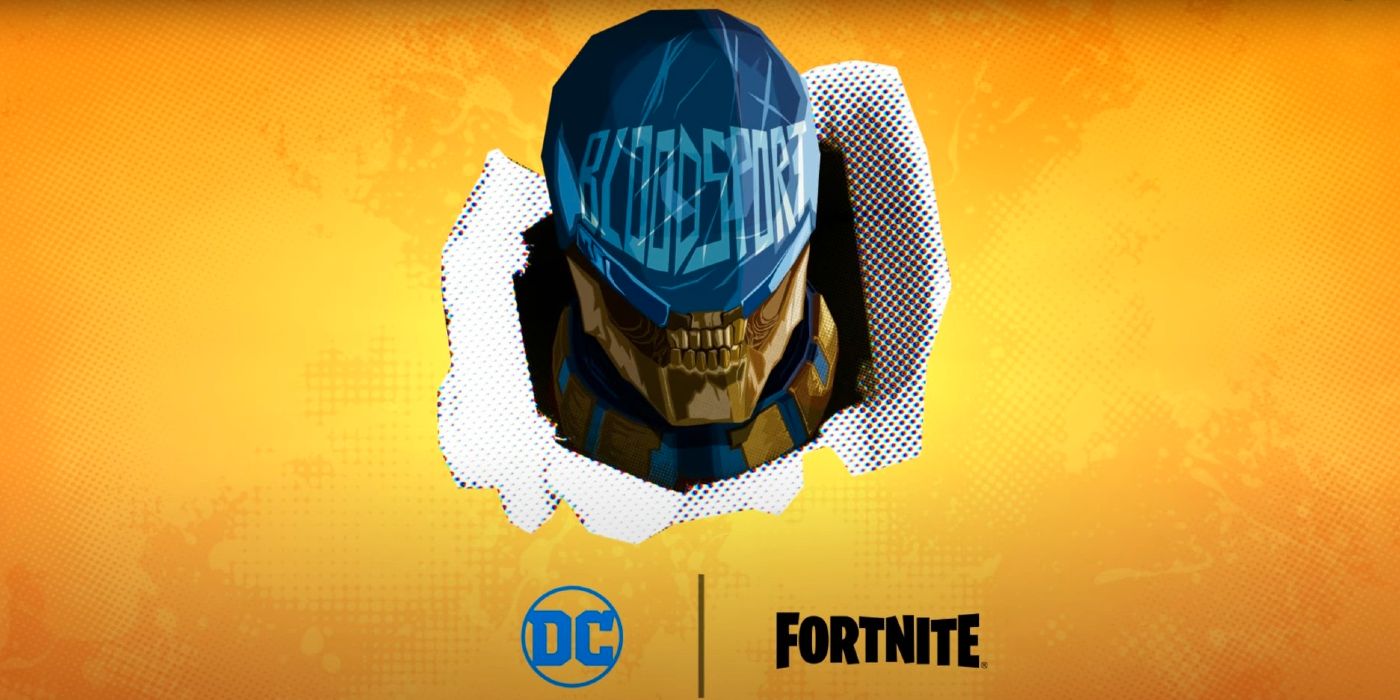 Fortnite is revealing its latest crossover skin, this time introducing DC’s Bloodsport from the upcoming movie The Suicide Squad.

Fortnite fans have built up quite the library of skins from the multitudes of crossovers Epic Games has managed to put together that have brought many Marvel & DC characters to the battle royale game and has included other franchises such as God of War’s Kratos, Alien, Predator, and Halo’s Master Chief. Fortnite’s latest crossover has been revealed to be Bloodsport from the upcoming DC film The Suicide Squad.

Director James Gunn’s 2021 reboot of 2016’s Suicide Squad is slated to hit US theaters on August 6th and the character Bloodsport will be portrayed by Idris Elba. Bloodsport is a deadly mercenary in prison for landing Superman in the ICU thanks to a well-placed Kryptonite bullet. He will replace the role that Will Smith‘s Deadshot played in the 2016 film.

Posted on the official Fortnite YouTube channel, the video opens with the Bloodsport actor himself talking about the incoming skin. Elba speaks on his character’s background, that he’s been trained since birth by his mercenary father, anything he wields is “legally considered a deadly weapon,” and a “world-class” brutal marksman. The trailer showcases Bloodsport using a wide variety of weapons, including a Hand Cannon, SCAR, Rocket Launcher, and Rail Gun, illustrating his film counterpart’s ability to expertly wield any and all weapons. In The Suicide Squad, Bloodsport’s high-tech suit allows instant access to his entire arsenal, something completely conducive for Fortnite.

Many of the clips in the trailer also feature The Suicide Squad-mate Harley Quinn in the background, although not in her film-accurate attire. Bloodsport has a vastly different design compared to his comic book counterpart, which has him sporting camo pants and a bandanna.

Players will be able to drop in as Bloodsport soon, releasing on August 3. Check out the video below!

Great Full Trailer for the Final Season of BROOKLYN NINE-NINE