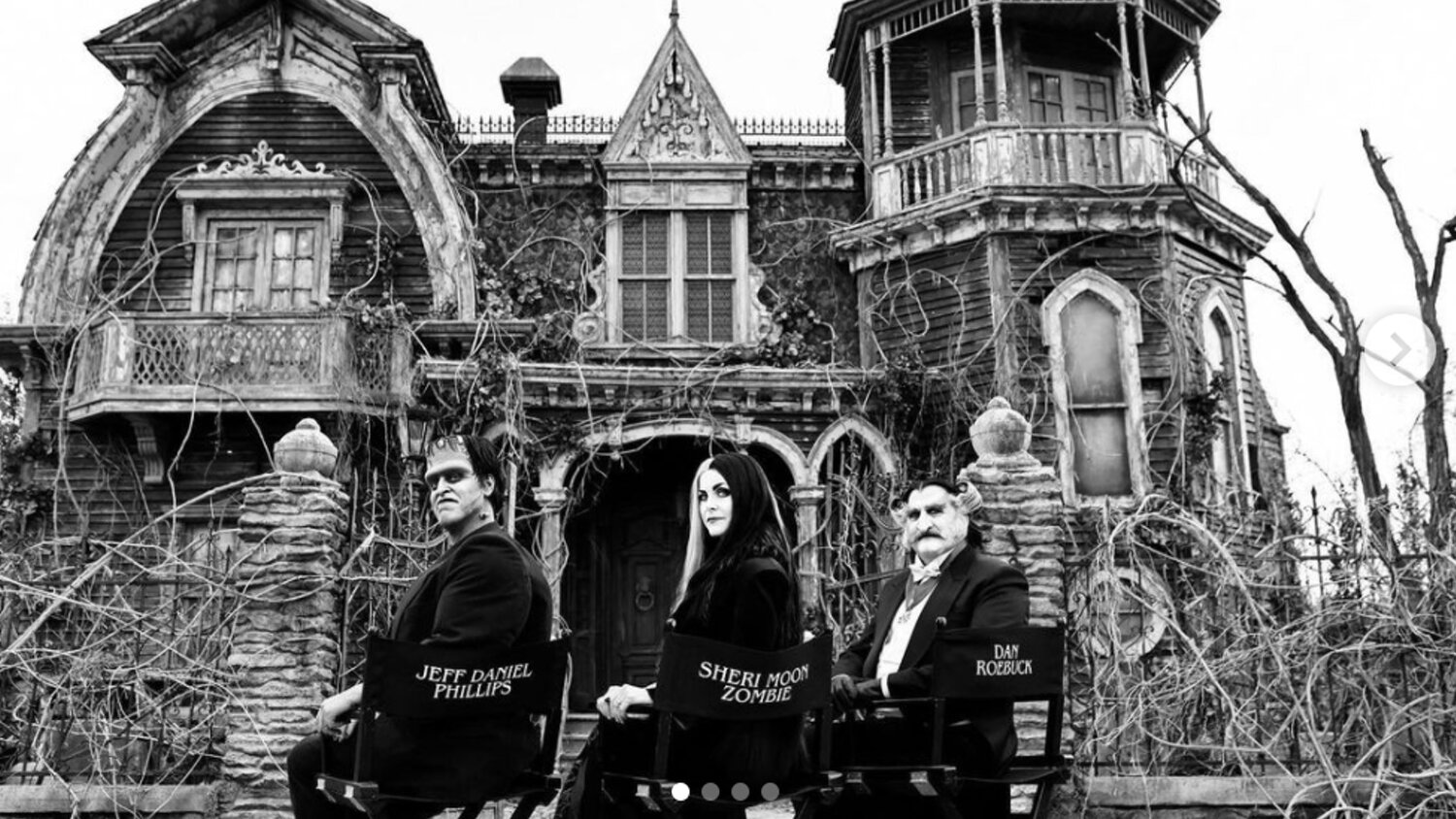 Director Rob Zombie has been sharing lots of behind-the-scenes photos from his upcoming film adaptation of The Munsters. We’ve scene concept art, makeup designs, and the construction of the iconic mansion on Mockingbird Lane.

Well, today Zombie has shared a first look photo featuring the cast of the film all decked out in their costumes and sitting out in front of the creepy mansion, which has been completed. The cast includes Jeff Daniel Phillips as Herman Munster, Sheri Moon Zombie as Lily Munster, and Dan Roebuck as Grandpa Munster.

Zombie shared the following note with the photo, “Since Halloween is rapidly approaching I thought it was the perfect time to MEET THE MUNSTERS! Direct from the set in good old Hungary I present Herman, Lily, and The Count sitting in front of the newly completed 1313 Mockingbird Lane .”

The film follows a family of benign monsters who relocate from Transylvania to the American suburbs. I’m curious to see what Zombie is going to do with this in regards to the tone and story. But, as you can see, he is looking to capture and replicate the look and style of the original 1960s series.

Zombie has expressed his love for this franchise several times. Do you think that he’ll deliver a good Munsters movie?