First Look at The Main Cast For Clerks III 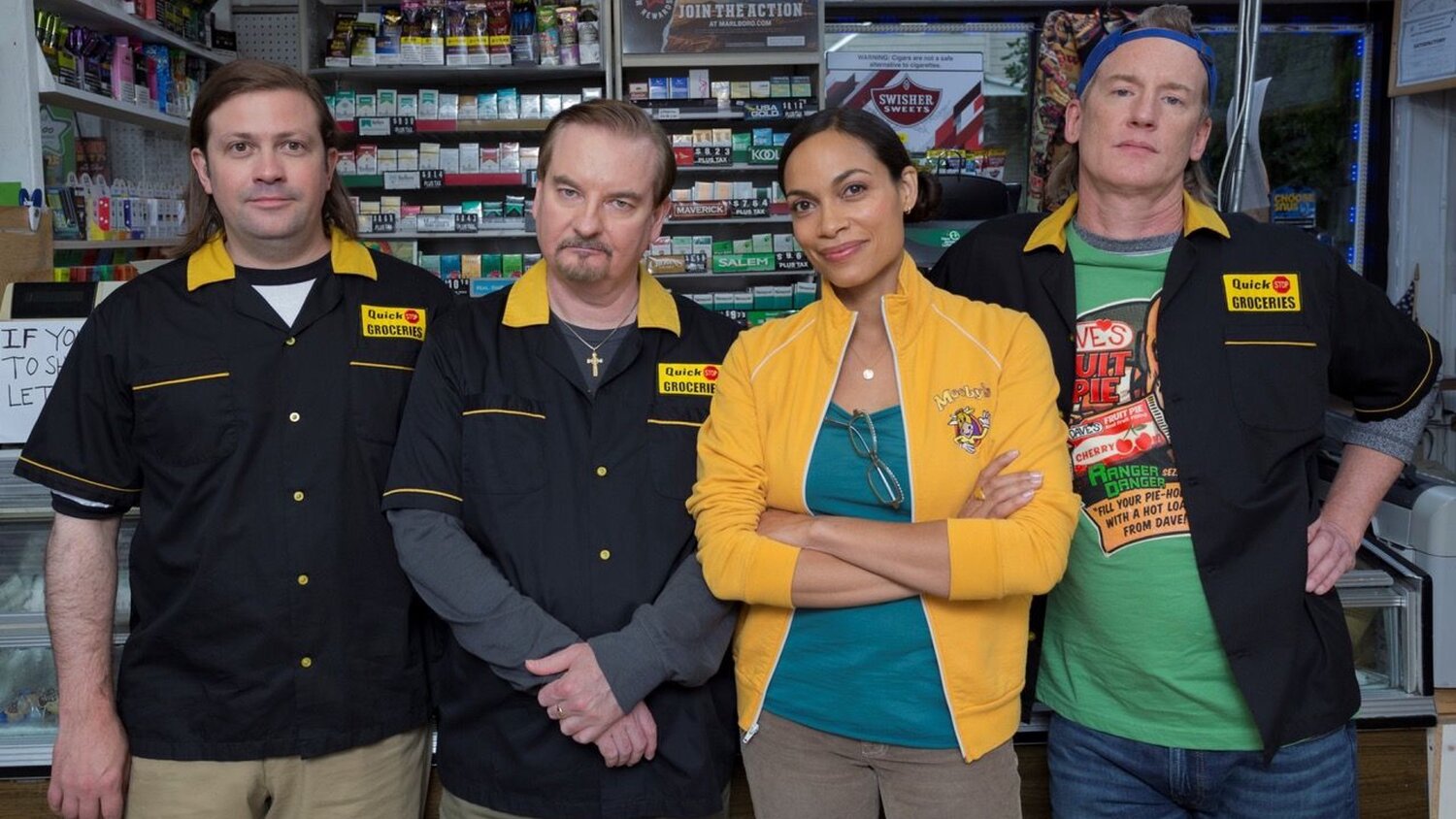 First Look at The Main Cast For Clerks III.

This is our first look at director Kevin Smith’s Clerks III, which recently started shooting in Leonardo, New Jersey. It is shooting at the same locations as the original film and all the main cast members are set to return and reprise their roles.

In Clerks III, “following a massive heart attack, Randal enlists Dante, Elias, Jay and Silent Bob to make a movie immortalizing his life at the convenience store that started it all.”

Smith has been working on developing this film for years and he’s finally in the process of bringing this third and final Clerks start to life. When talking about the movie in an interview with Vanity Fair, Smith shared:

“I know we’ve got fans who age with us…and it’s going to hit in a lot of personal places. I don’t think the 20-somethings are going to be like, ‘He’s still the voice of a generation!’ They’re going to be like, ‘Well, he’s the voice of middle age, if anything, at this point.’ I hope young people will find something to enjoy about it, but it’s definitely a movie about people who try to be young while being old. All of us are in our late 40s, if not 50s…and you’ll see the progression. We don’t hide the age. We don’t Hollywood it up. We all look as old as we look.”

Smith then talked about the inspiration behind the story for this next chapter, saying:

“The film is predicated on the idea that Randal survives a heart attack, a massive heart attack, quite like I did, and then winds up, you know, deciding that he’s wasted his life. But before he dies he wants to memorialize himself. He wants to make a movie. So our boys essentially wind up making Clerks.”

When talking about the character Randall and what he’s going through in the film, Smith goes on to say, “Suddenly, you know, Peter Pan realizes that he ain’t gonna live forever. Life is short, and time is short, and he’s not guaranteed much of that anymore.” Smith also talks about his excitement to shoot the film at the original Quick Stop where the first film was shot, saying:

“I love it so much, but the problem with Clerks 2 is it’s pure artifice to a large degree. Clerks was based solely on reality. I woke up, I went to that store; crazy people came in; kids hung out outside and sold drugs; I had a friend who worked next door. All of it was very autobiographical. Clerks 2 is completely fabricated, right down to the fact that I never even worked in fast food.”

Clerks III, he says, is a “bizarre return to form.” I love the direction that Smith is taking this story and I’m looking forward to seeing his final film with these characters.