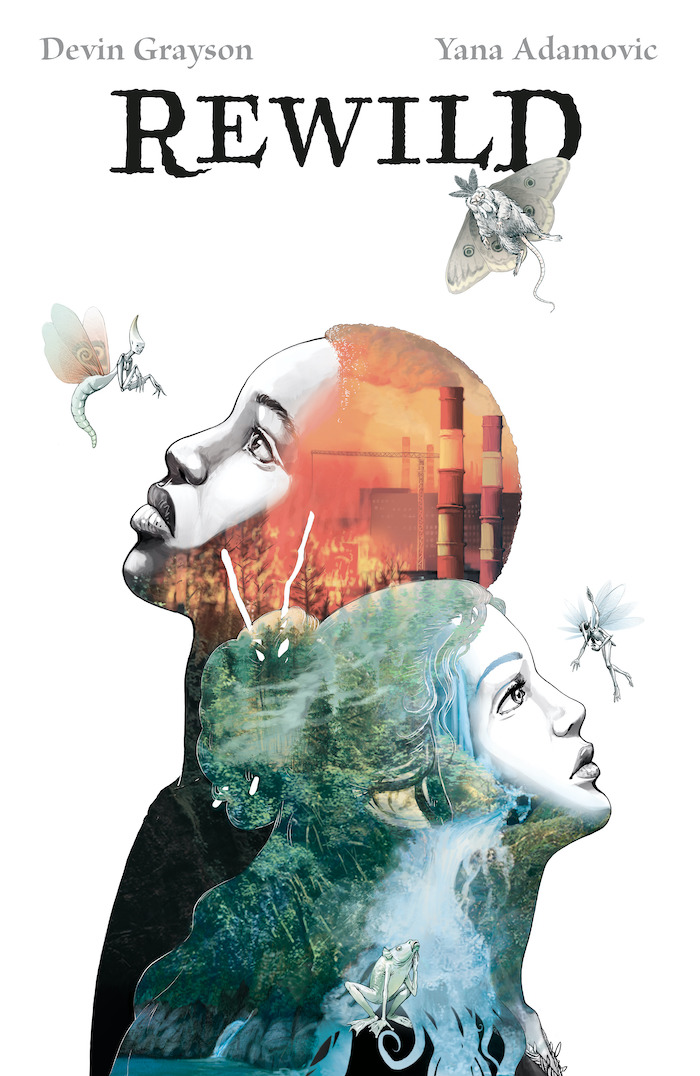 Devin Grayson and artist Yana Adamovic(making her American comics debut) team up with letterer Sal Cipriano to give us a modern twist on a fantasy tale in Rewild.

The lines between fantasy and reality are blurred in this dark, environmentally-themed magical realist tale. Poe is a mysterious young homeless woman and self-proclaimed fairy changeling. Demond is an enterprising engineer with a troubled past. When Poe demands that a park be built to appease a dangerous new mutation of mythical creatures, ravaged by climate change and furious with the human race, Demond must question not only his own sanity but the rationality of our entire species as he struggles to save his city– and maybe even the world.

Karen Berger had this to say,

“Beautifully written and illustrated, Devin and Yana have crafted captivating characters in a timely tale where reality, myth, and magic overlap,”

“This lyrical and powerful story deals with the fragility of the mind and our planet in unforgettable ways.”

Devin Graysonis a seasoned comic writer, working for the past twenty years on world-renowned superhero icons from Batman to the X-Men to Marvel’s current Widowmakers as well as writing original graphic novels, including USER (DC) and Matador (Image).

Yana Adamovic is an artist from Belgrade, Serbia. Recently knighted by the French Minister of Culture, she has worked as a colorist and artist for the French comic publisher Delcourt Editions since 2014 and more recently published a two-book story about the Ottoman Empire as part of a popular alternate history series in France, Jour J (D Day).