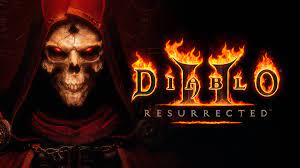 The first Diablo 2: Resurrected technical alpha will start this Friday, April 9, at 7 am PDT / 10 am EDT / 3 pm BST.  It will include the Barbarian, Amazon, and Sorceress classes.

Blizzard made the announcement today with a “limited selection” of players who have signed up for the alpha testing on the game’s official website will be able to enjoy the alpha test until April 12th at 10 am PDT. For those who have not signed up, hope is not lost, you can still head over to the game’s official website and sign up, even if you do not get selected for this alpha test, there are still several planned tests coming as the producer announced previously in a statement.

“I know there’s going to be multiple testing periods, but I’m reluctant to say four, five, six,” he said. “They’re going to be unique to their testing. We’re going to start with that first technical alpha and see where it goes. It really comes down to how much feedback we get. We just want to know how much you guys love the game.”

The first technical alpha will feature three playable classes – Barbarian, Amazon, and Sorceress – as well as the first two acts of the campaign. There are only five acts in the full game, so that’s a pretty sizable chunk. We’ll see Andariel and Duriel again, for one, as well as iconic zones like Lut Gholein. There won’t be a level cap in the technical alpha, thankfully, so you can grind as much as you want to test high-level skills.

Featured areas and classes will likely change between testing periods, but Diablo 2: Resurrected is scheduled to launch later this year, so we won’t have to wait too long to tear through the whole remaster.