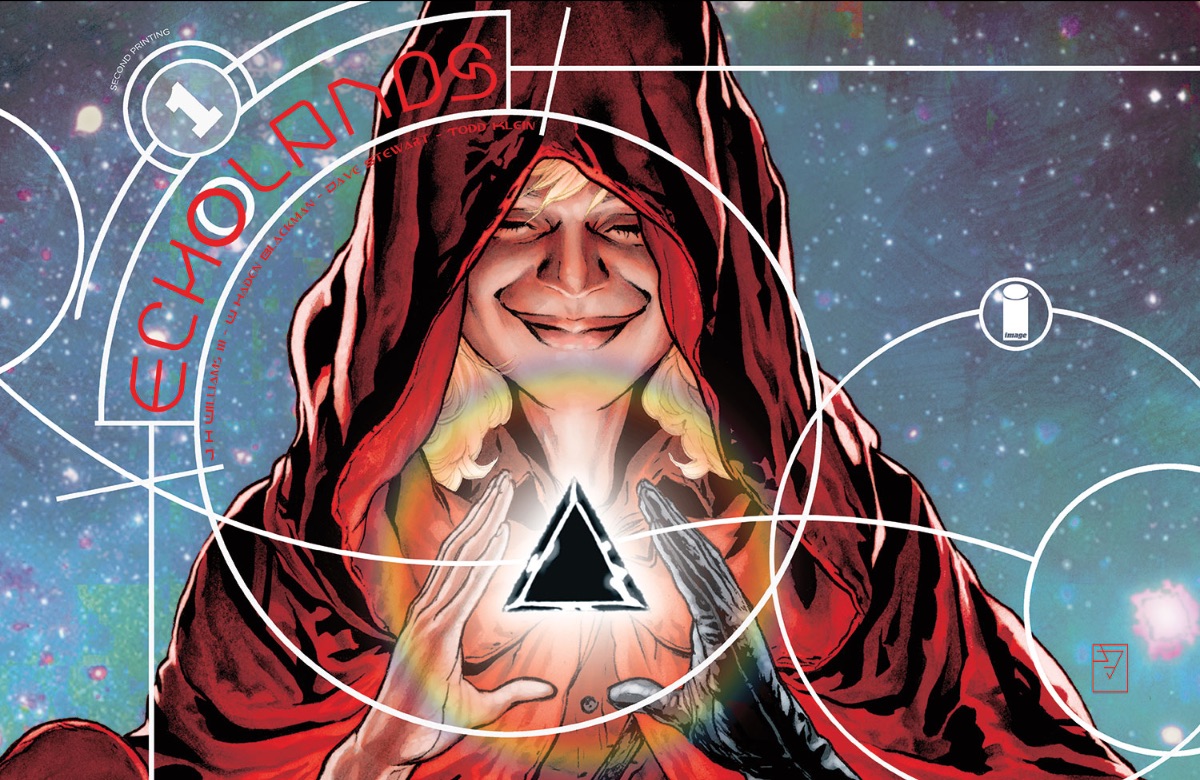 The highly anticipated Echolands #1 by J.H. Williams III (Promethea, The Sandman: Overture, Batman), W. Haden Blackman (Star Wars, Elektra), colorist Dave Stewart, and letterer Todd Klein launched to immense critical acclaim and has sold out completely at the distributor level. The debut issue is being rushed back to print in order to keep up with escalating demand.

“The response to the launch of Echolands has been overwhelming and humbling,” said Williams III. “With so many embracing the project beyond expectations, our team is grateful and excited to continue to bring this epic story to readers everywhere.”

This breathtaking launch defies comic book medium expectations and provides an unforgettable feast-for-the-eyes in a sprawling landscape format. Each spread page expertly showcases the artwork and the unique reading experience instantly sent fans abuzz with excitement for its mesmerizing story.

Set in a bizarre future world that has forgotten its history, Echolands follows reckless thief Hope Redhood. Hope holds the key to excavating a strange, dark past—but only if she and her crew can escape a tyrannical wizard and his unstoppable daughter. But fate will send them all on a path leading to a war between worlds.

Echolands is a mythic fiction epic where anything is possible; a fast-paced genre mashup adventure that combines everything from horror movie vampires to classic mobsters and cyborg elves, to Roman demigods and retro rocket ships. It’s going to be a helluva ride!

Echolands #1 will also be available for purchase across many digital platforms, including Amazon Kindle, Apple Books, and Google Play.