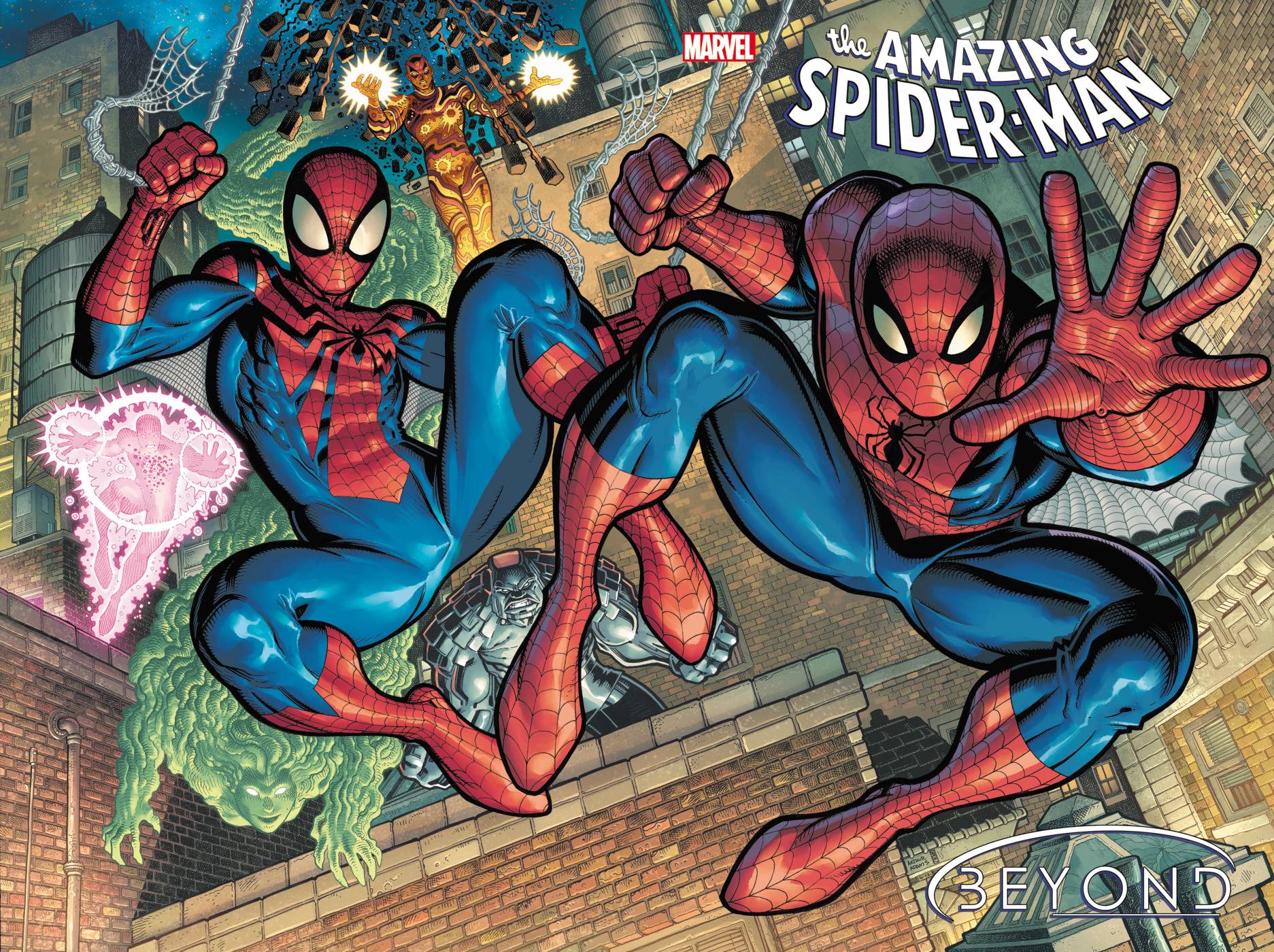 AMAZING SPIDER-MAN #75 kicks off a new era on October 6th!

An all-star lineup of writers and artists have assembled to bring you one of the boldest sagas in Spider-Man history! Kicking off next month in AMAZING SPIDER-MAN #75, creators Saladin Ahmed, Cody Ziglar, Patrick Gleason, Zeb Wells, Kelly Thompson will team up on the thrice-monthly title and shake up the Spider-Man status quo beyond your wildest expectations. This revolutionary era will see the return of Peter Parker’s fan-favorite clone: Ben Reilly. Backed by the Beyond Corporation, Ben Reilly is more than ready to take over and be the best Spider-Man there ever was. Does he have what it takes? And what does Peter have to say about it? This fresh take on the Spider-Man mythos will introduce new foes, redefine classic villains, and make you rethink the whole concept of Spider-Man! Get your first look at Ben Reilly’s early adventures as the new Spidey in the all-new AMAZING SPIDER-MAN BEYOND trailer, featuring never-before-seen artwork!

Find out if Ben Reilly is up for the challenge when AMAZING SPIDER-MAN #75 hits stands on October 6th! For more information, including an exclusive look at interior artwork, visit Marvel.com.