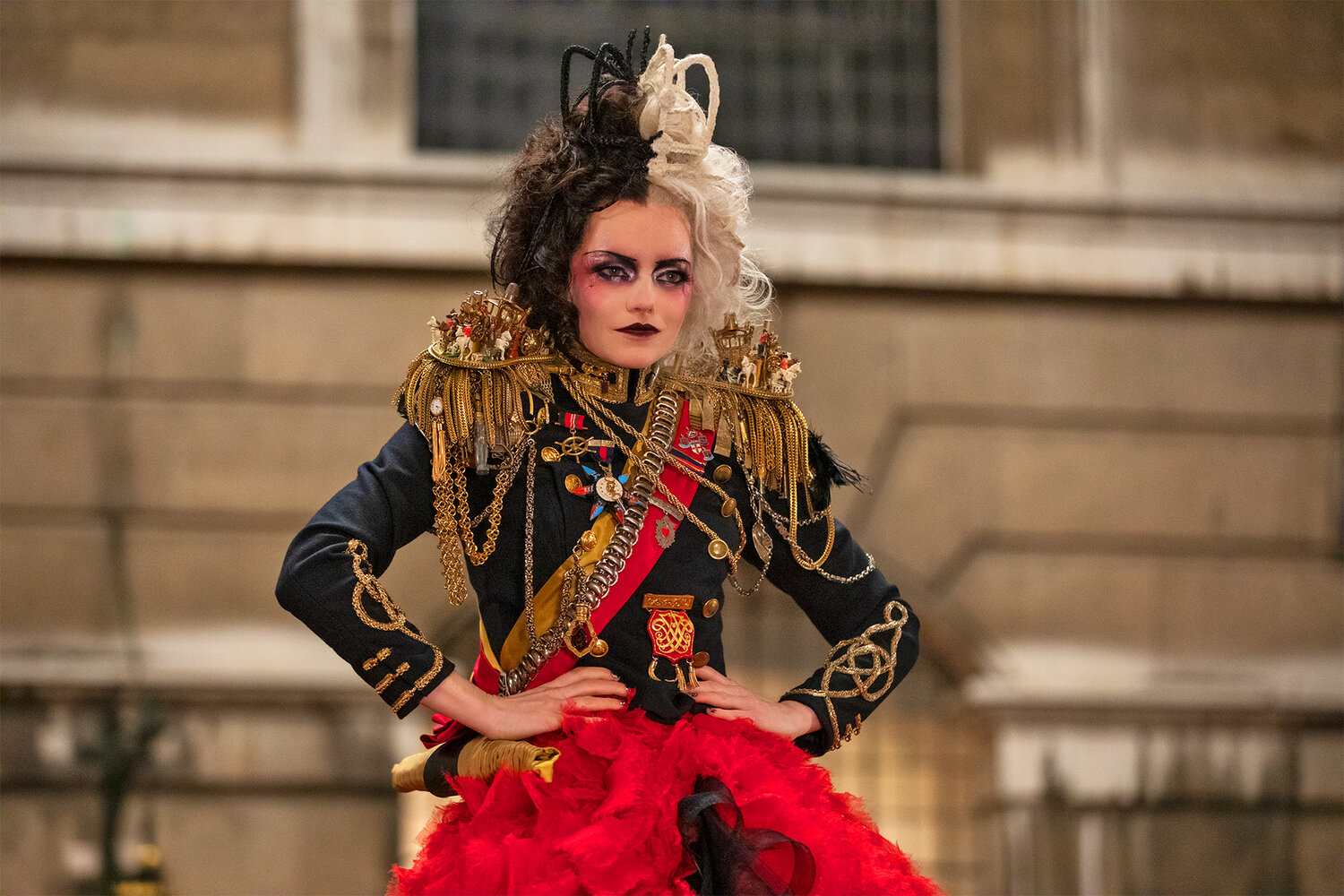 Entertainment Weekly released the photos and spoke with the film’s director, Craig Gillespie, who spoke of the costume design,

“We’re in a fashion world. That made it much more complicated because everybody’s going to have their fashion lens on as well. [We] run the risk of it taking you out of the film if you’re not buying what they’re selling.”

Costume designer Jenny Beavan explains that in the movie,

“It’s quite clear in the story how [Cruella] develops, so you’ve got a good arc to her life in clothes.” The designer explained that the costumes evolve throughout the film, “as she becomes crueler and Cruella-er, she becomes sharper and more tailored.”

“Cruella, which is set in 1970s London amidst the punk rock revolution, follows a young grifter named Estella, a clever and creative girl determined to make a name for herself with her designs. She befriends a pair of young thieves who appreciate her appetite for mischief, and together they are able to build a life for themselves on the London streets. One day, Estella’s flair for fashion catches the eye of the Baroness von Hellman, a fashion legend who is devastatingly chic and terrifyingly haute, played by two-time Oscar winner Emma Thompson (Howards End, Sense & Sensibility). But their relationship sets in motion a course of events and revelations that will cause Estella to embrace her wicked side and become the raucous, fashionable and revenge-bent Cruella.”

Stone is joined in the cast by Emma Thompson, Mark Strong, Paul Walter Hauser, Emily Beecham, Joel Fry, Kirby Howell-Baptiste, and John McCrea. Cruella will arrive in theaters and on Disney+ Premier Access on May 28th.

You Can Register for Virtual Crunchyroll Expo 2021 Now for Free